We shipped a lot of stuff to the States from London and then headed to Paris with a suitcase we'd just bought at Oxfam for £13. Unfortunately, within a few minutes of leaving our beloved London flat, we realized that the suitcase had issues. The handles wouldn't stay in the plastic encasing on the bottom, meaning they would stick out and make a horrible scraping sound on the sidewalk. We were already late for the bus I'd booked to the airport, so we had a stressful couple of hours.

Fortunately, after we'd dropped off our suitcases at our Paris Airbnb, we went and saw this: 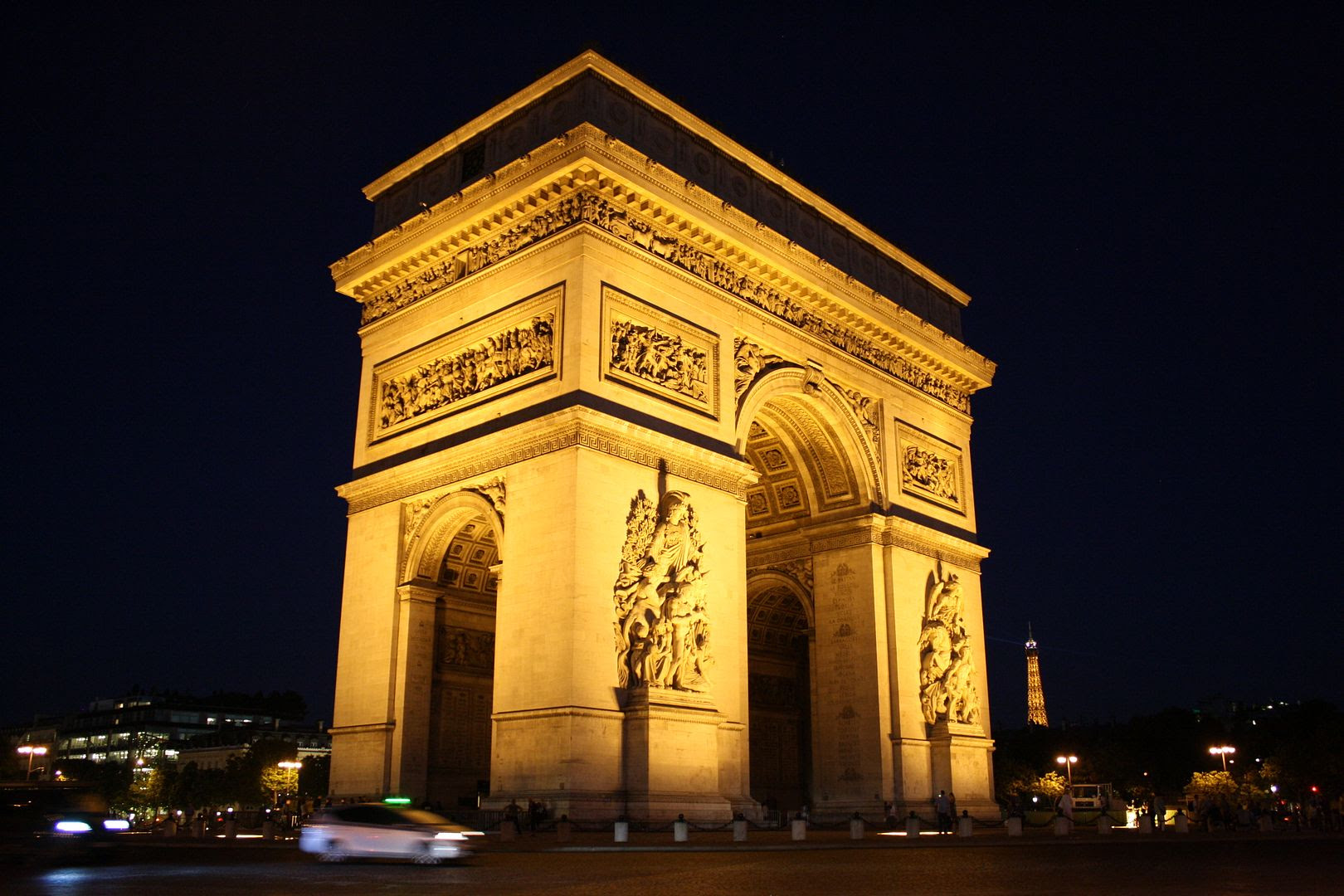 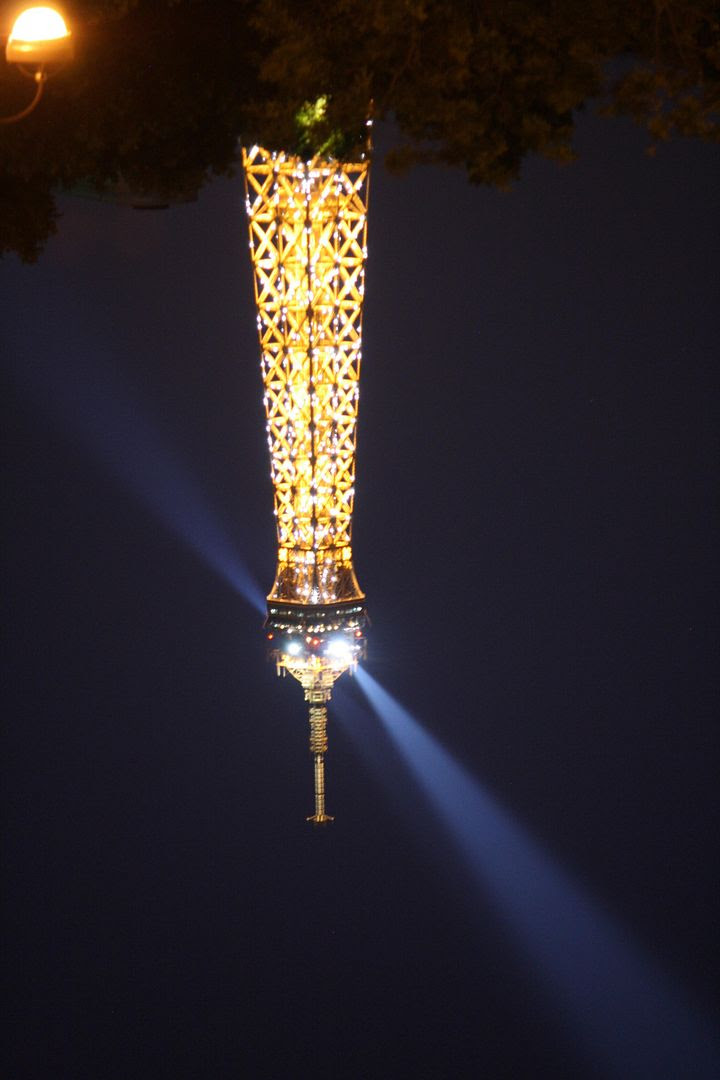 We also caught the sparkles on the Eiffel Tower. 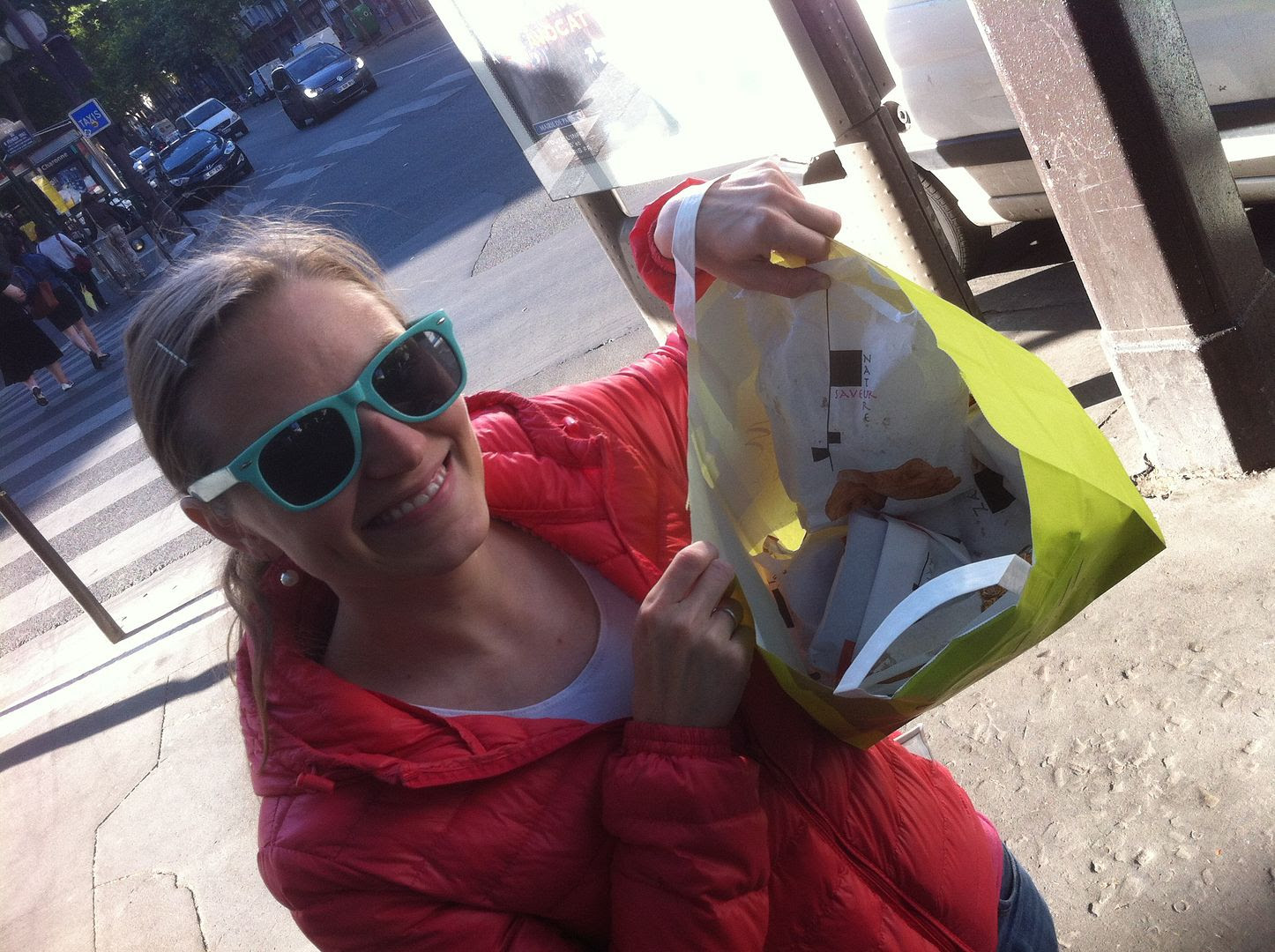 The next morning, I was very happy to get a whole bag of French baked goods. 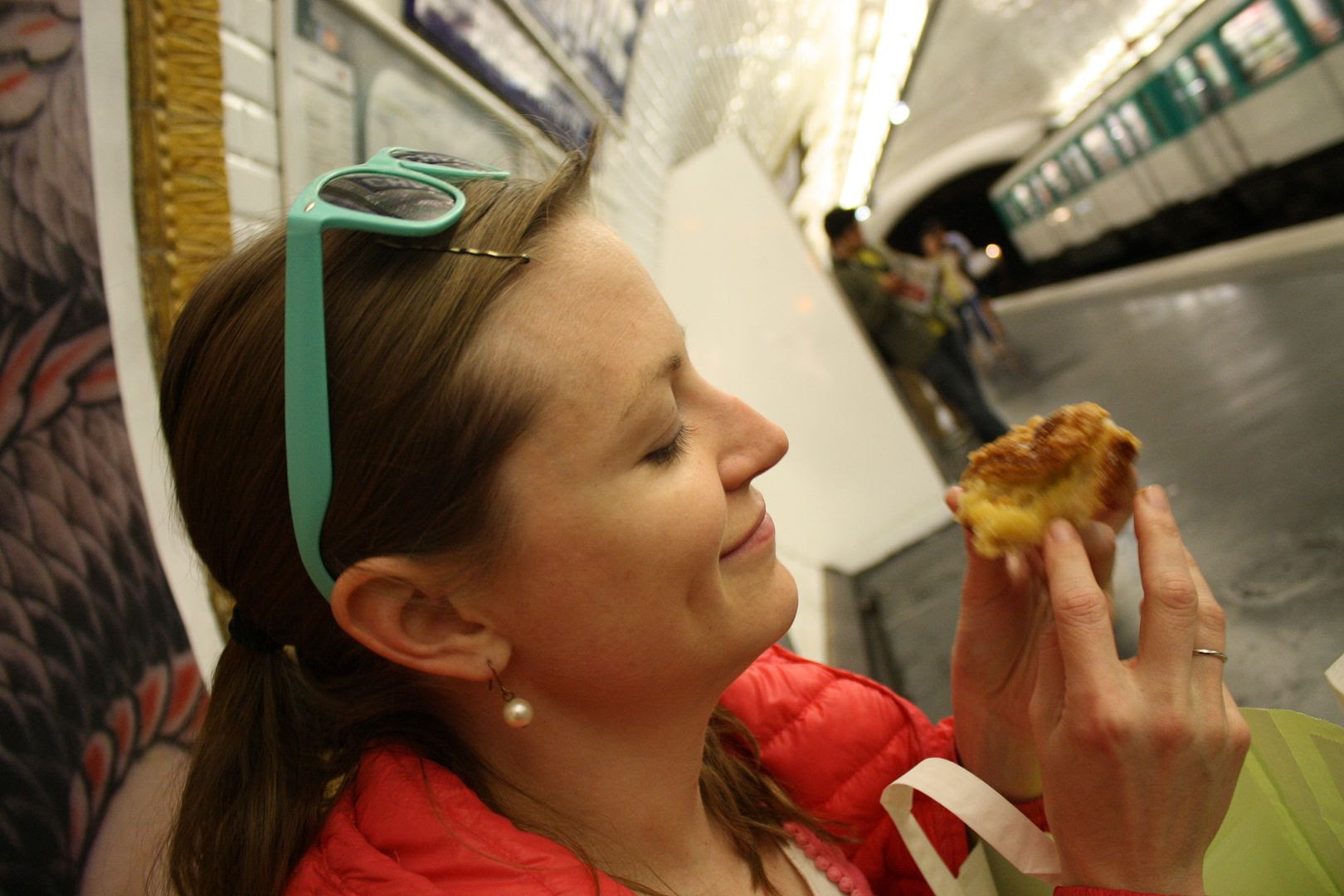 My almond croissant was amazing. 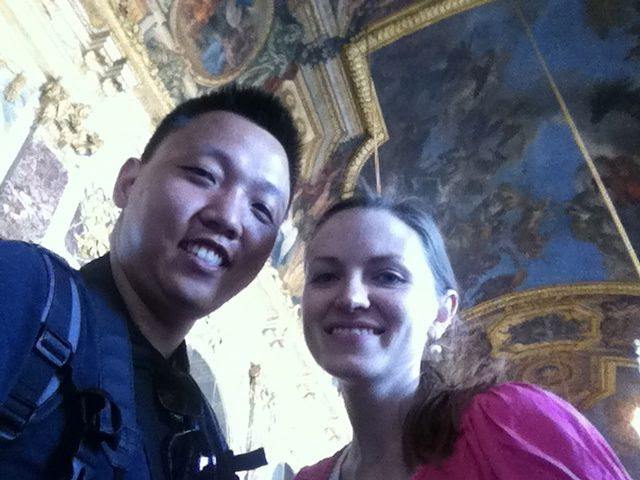 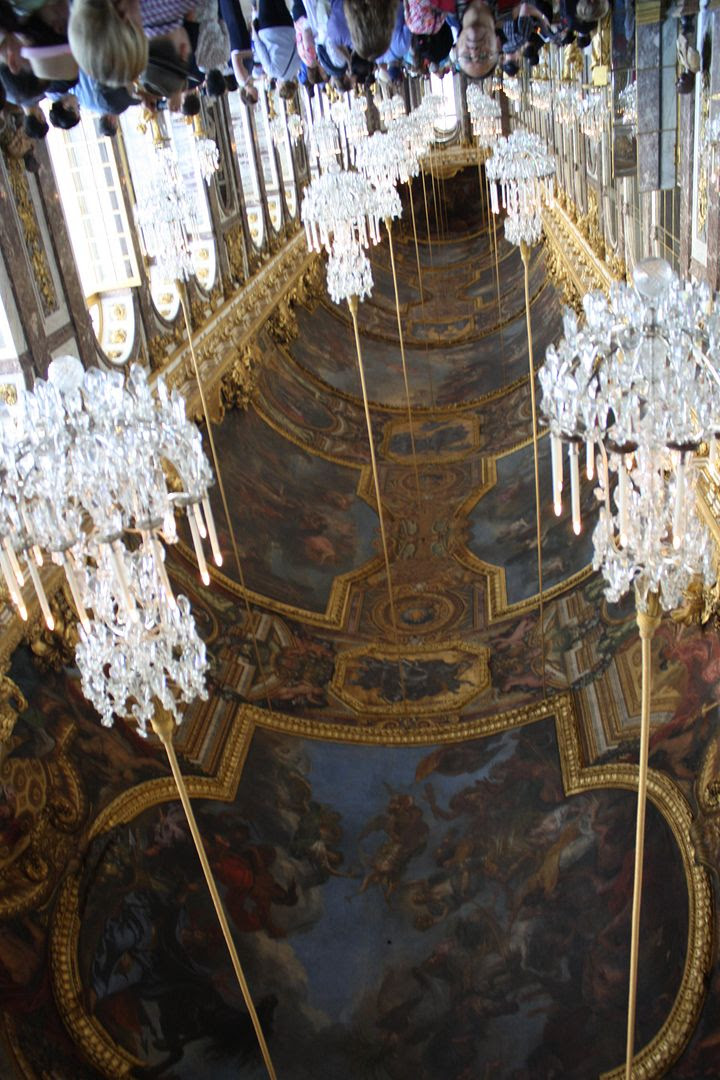 Versailles wasn't as great as I had hoped, mostly because the crowds were overwhelming. 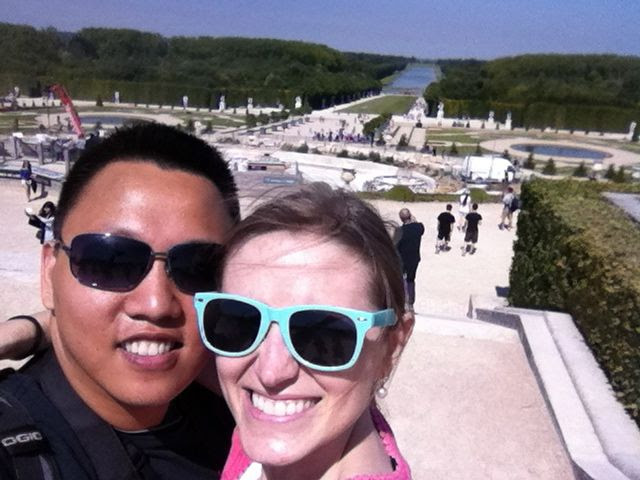 We watched an interesting video about the restoration of the fountains and how they'd discovered that the plumbing could make different water patterns. 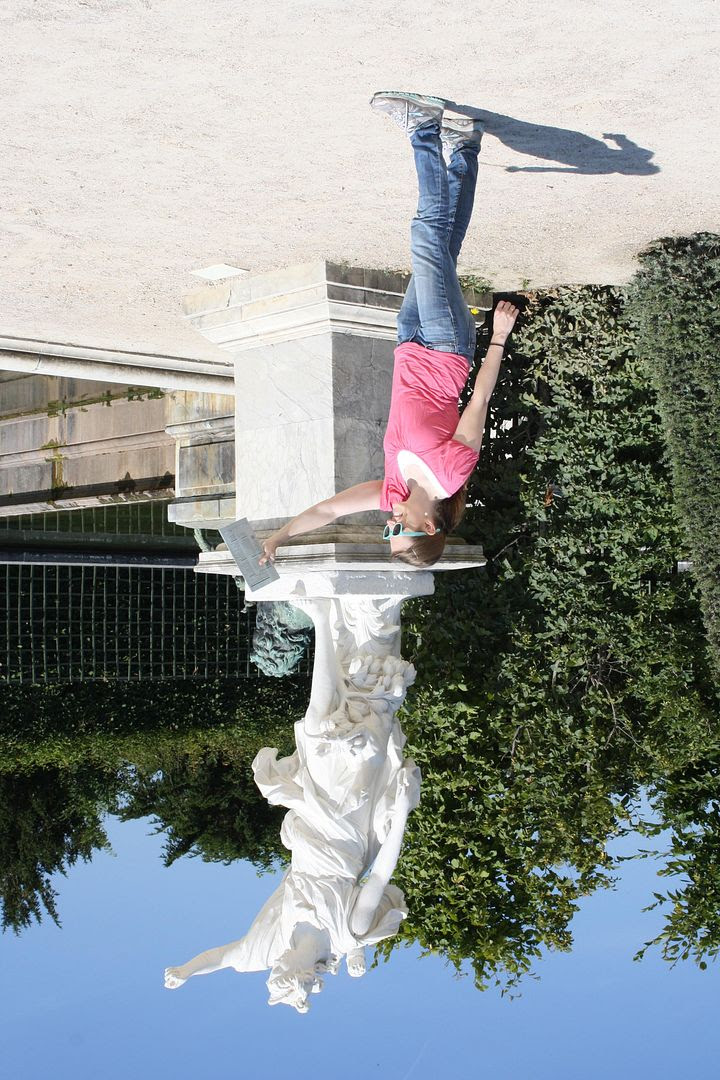 It was so hot on the grounds that I worried about getting burned. 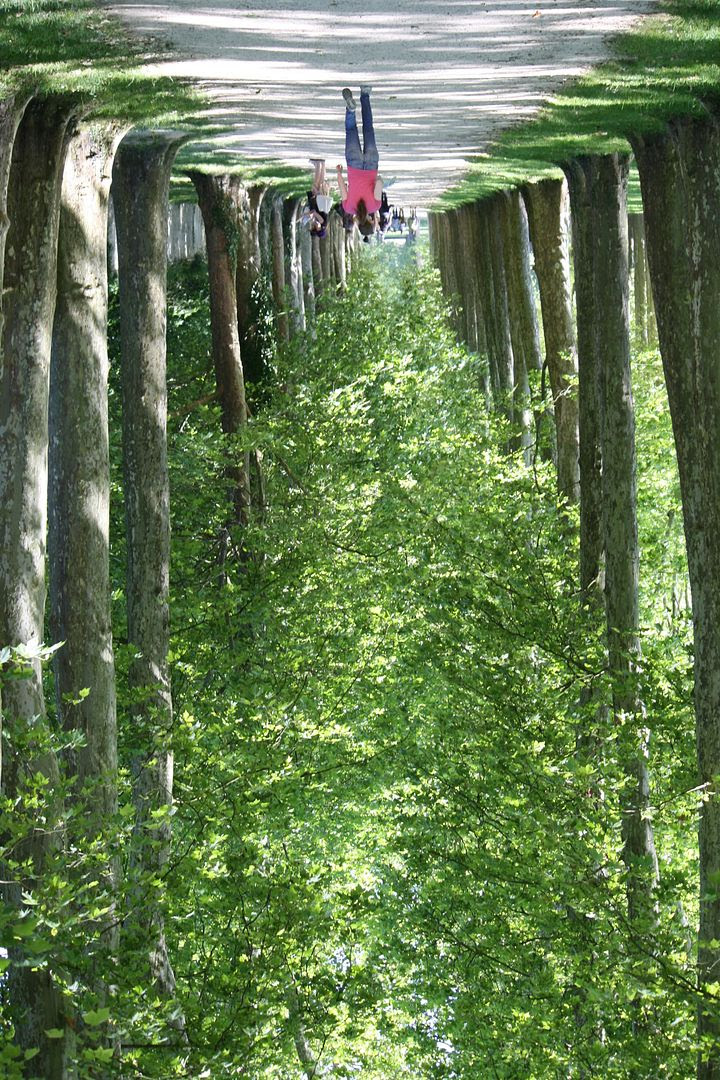 Luckily I found some lovely shade, but my feet didn't hold out for long. 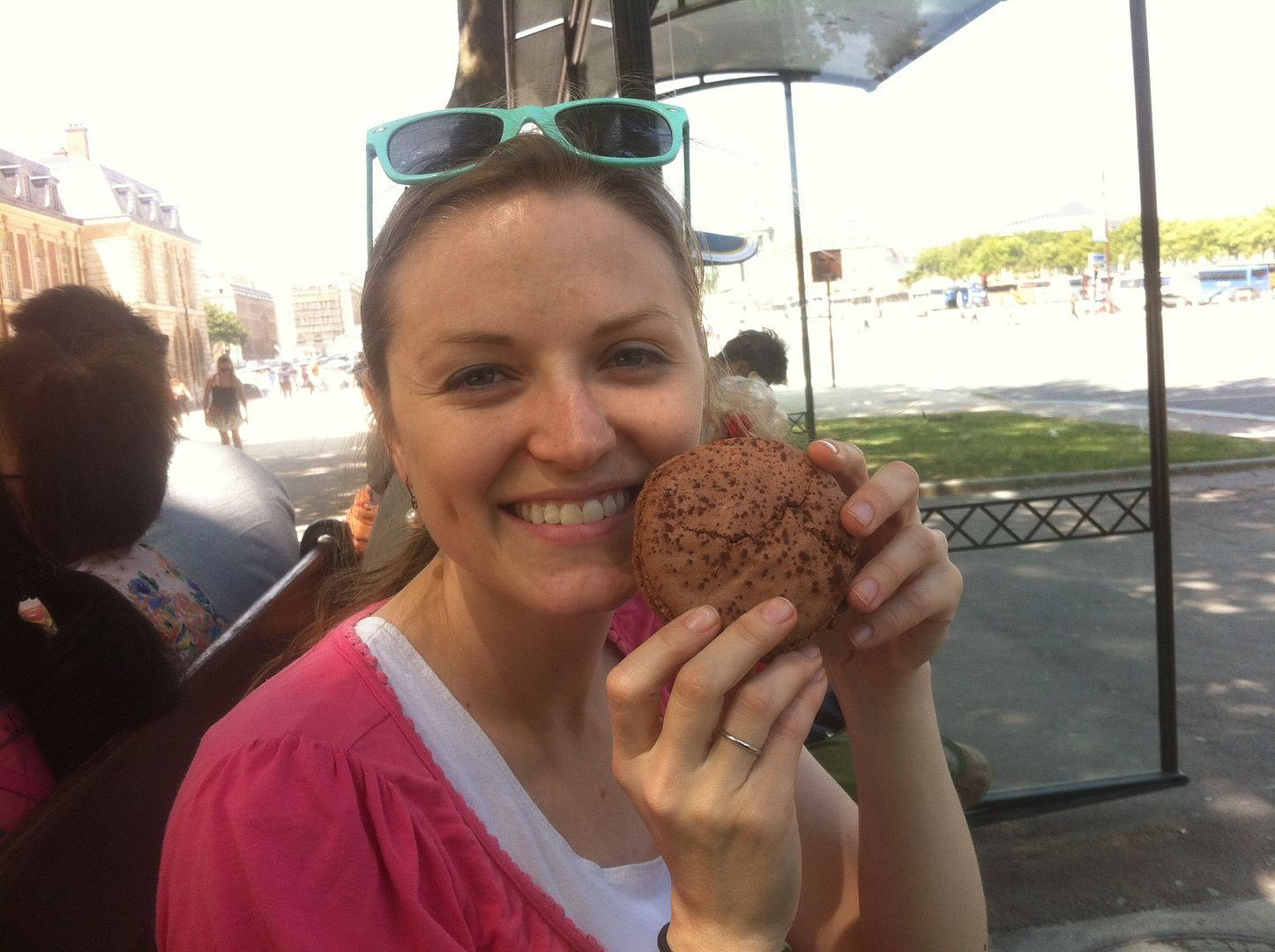 So we picked up our macarons and pizza from the bag check and enjoyed them. 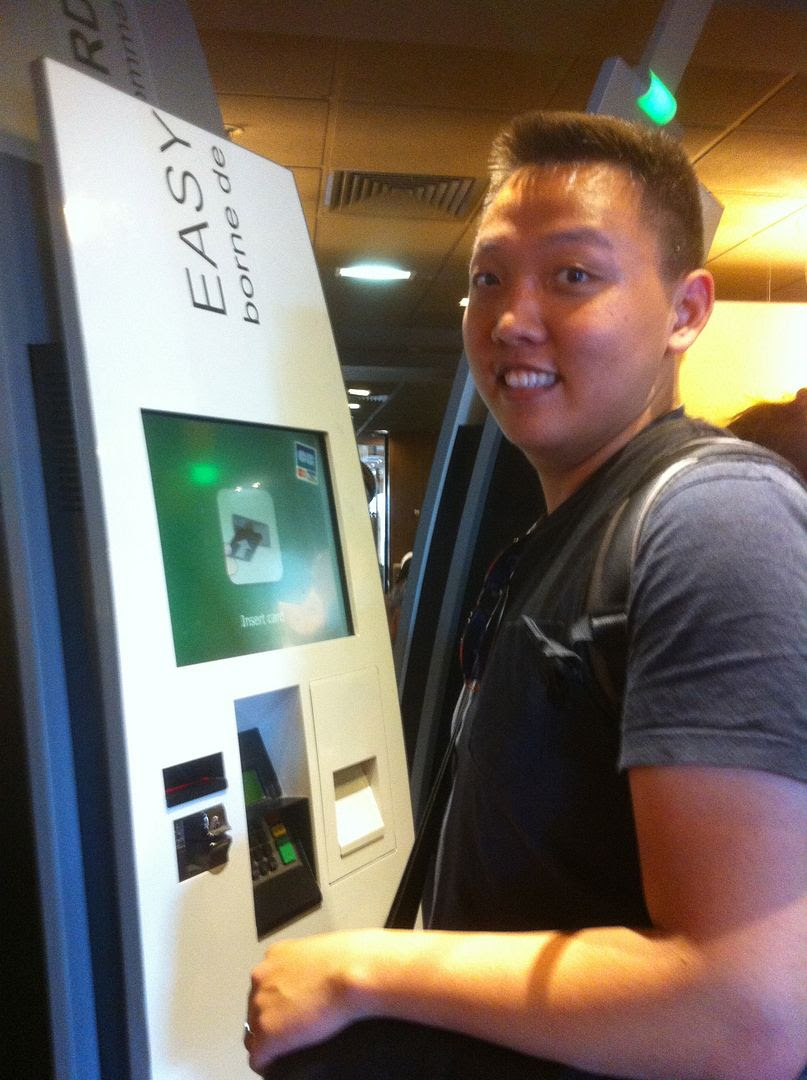 We didn't end up getting anything at McDonald's, but Michael was really excited about the ordering machines they had.

We went back to our Airbnb to take a nap. 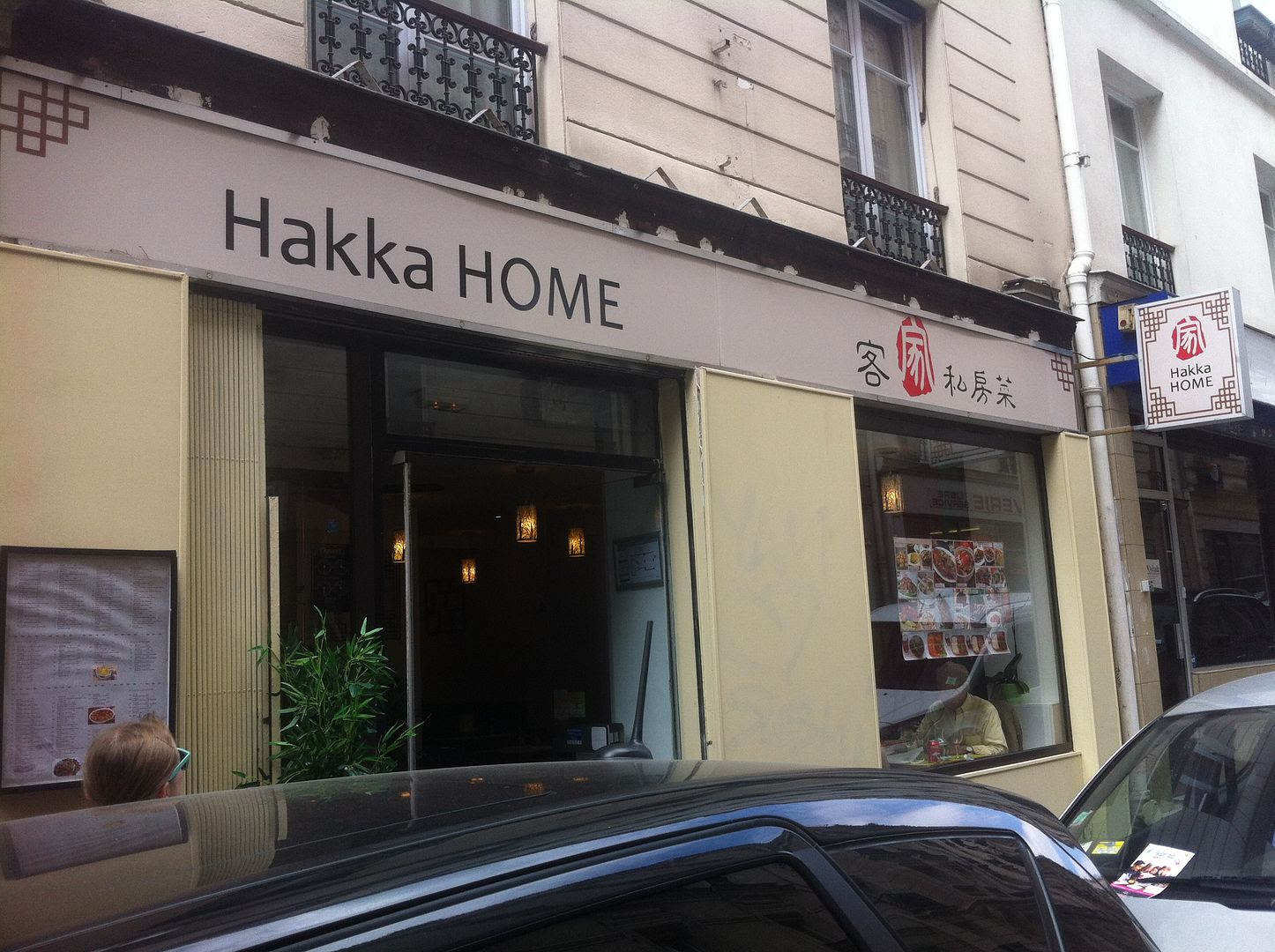 It turns out that there's a Hakka restaurant by our Airbnb. (Michael's mom is Hakka.) 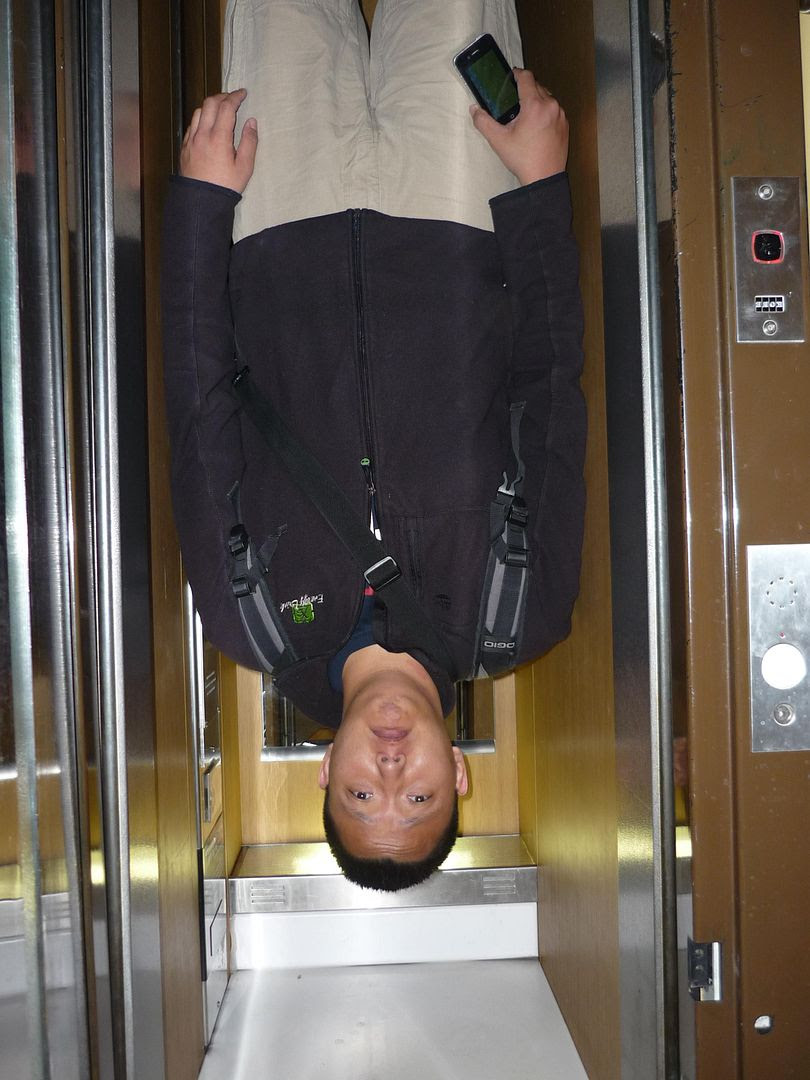 Also, Michael had to back into the elevator each day because it was so tiny and he couldn't turn around with his backpack on. 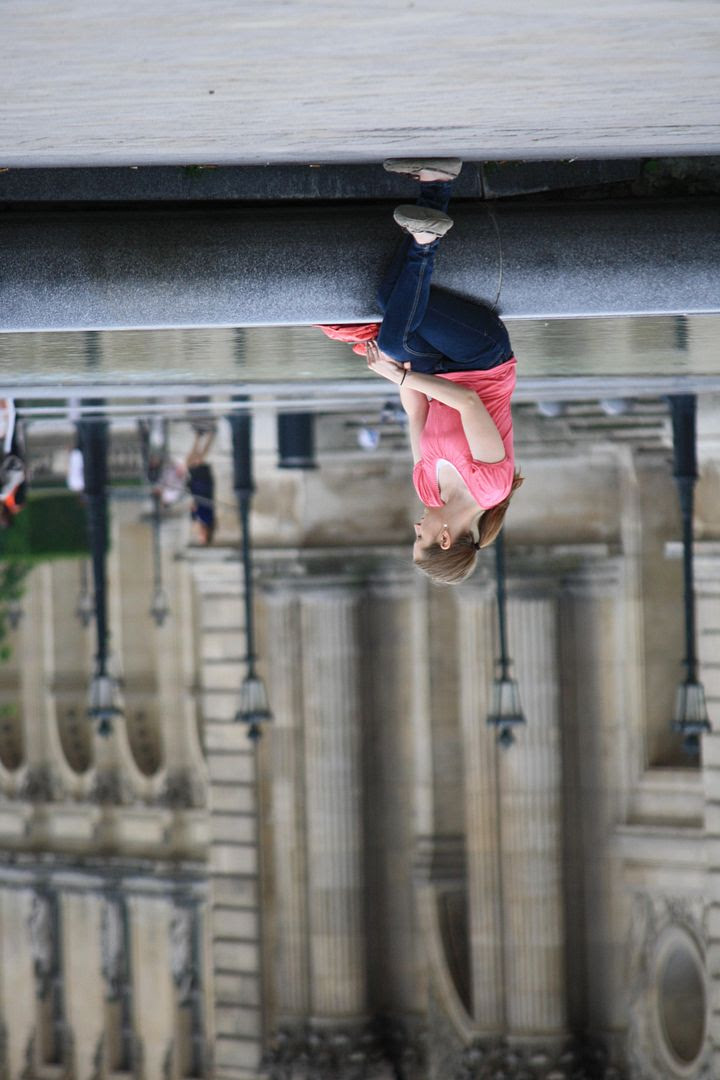 After our nap, we headed to the Louvre. 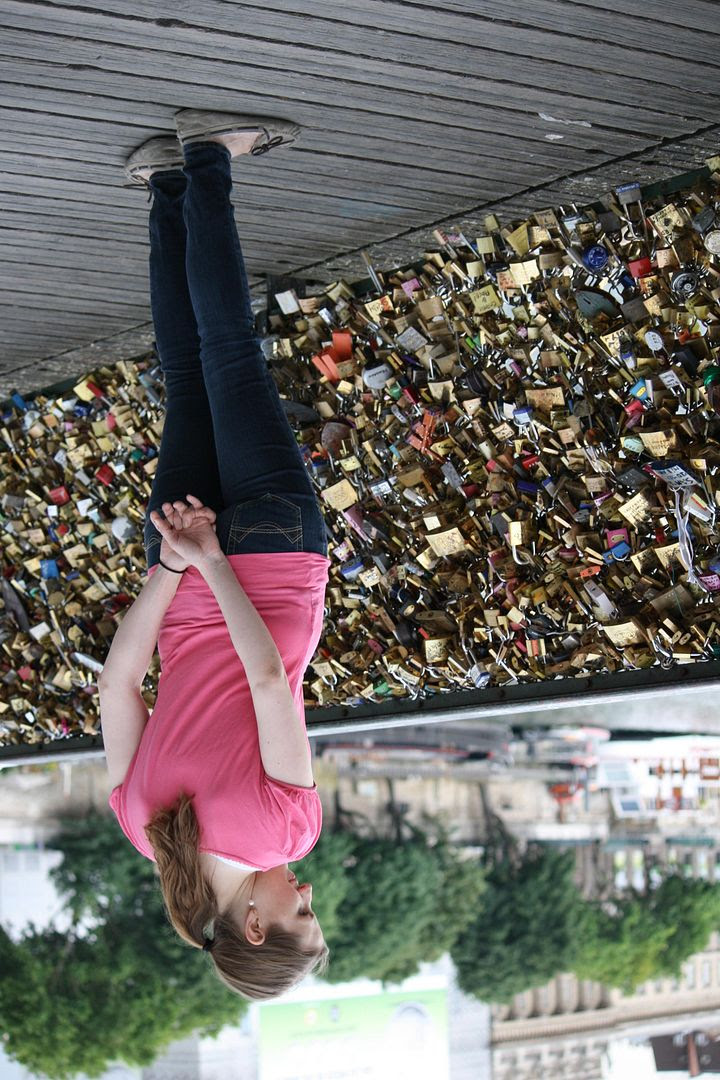 And to the locks of love bridge and Notre Dame. 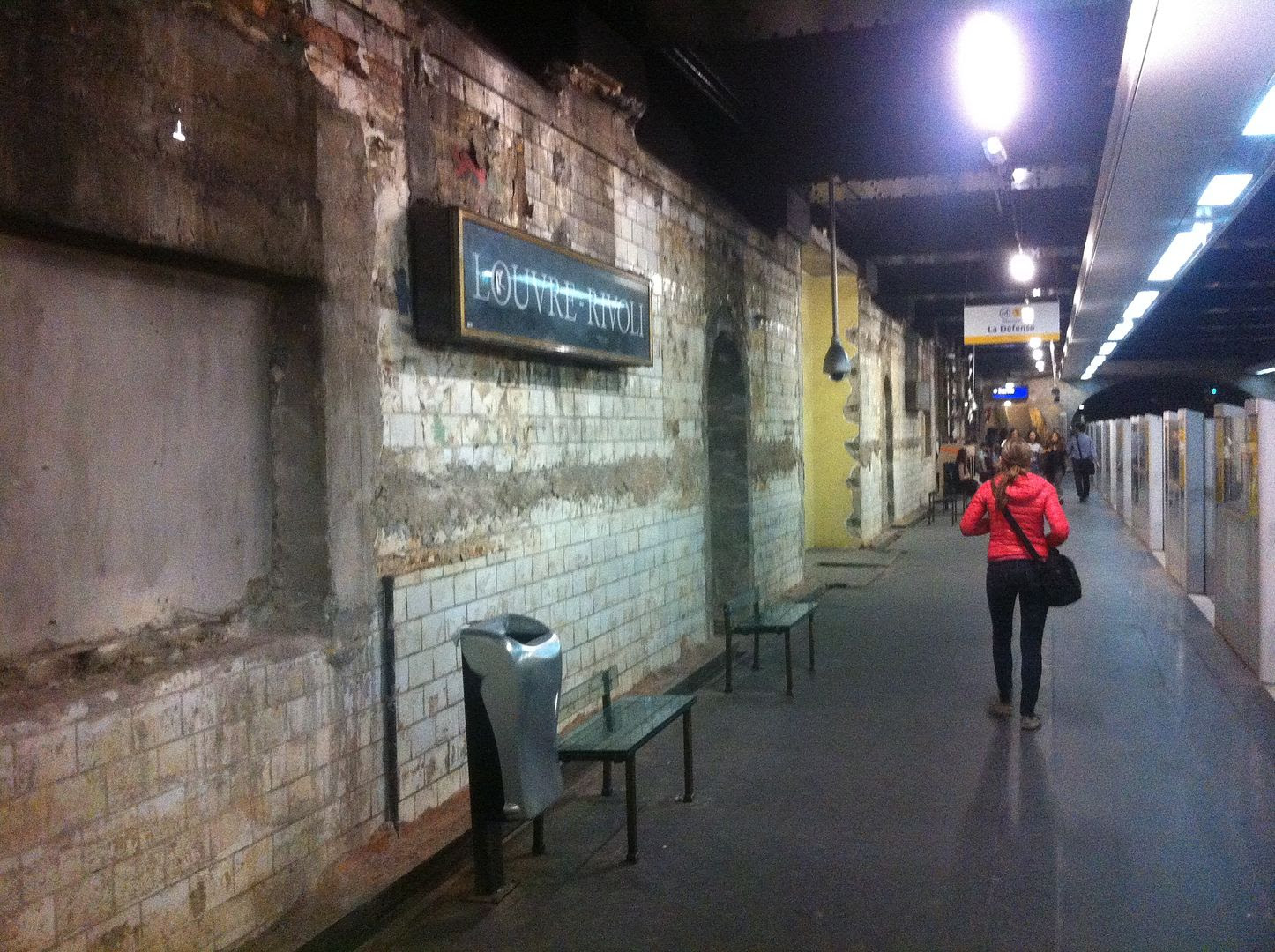 The subway was surprisingly dirty and loud, but I suppose it had its charms. 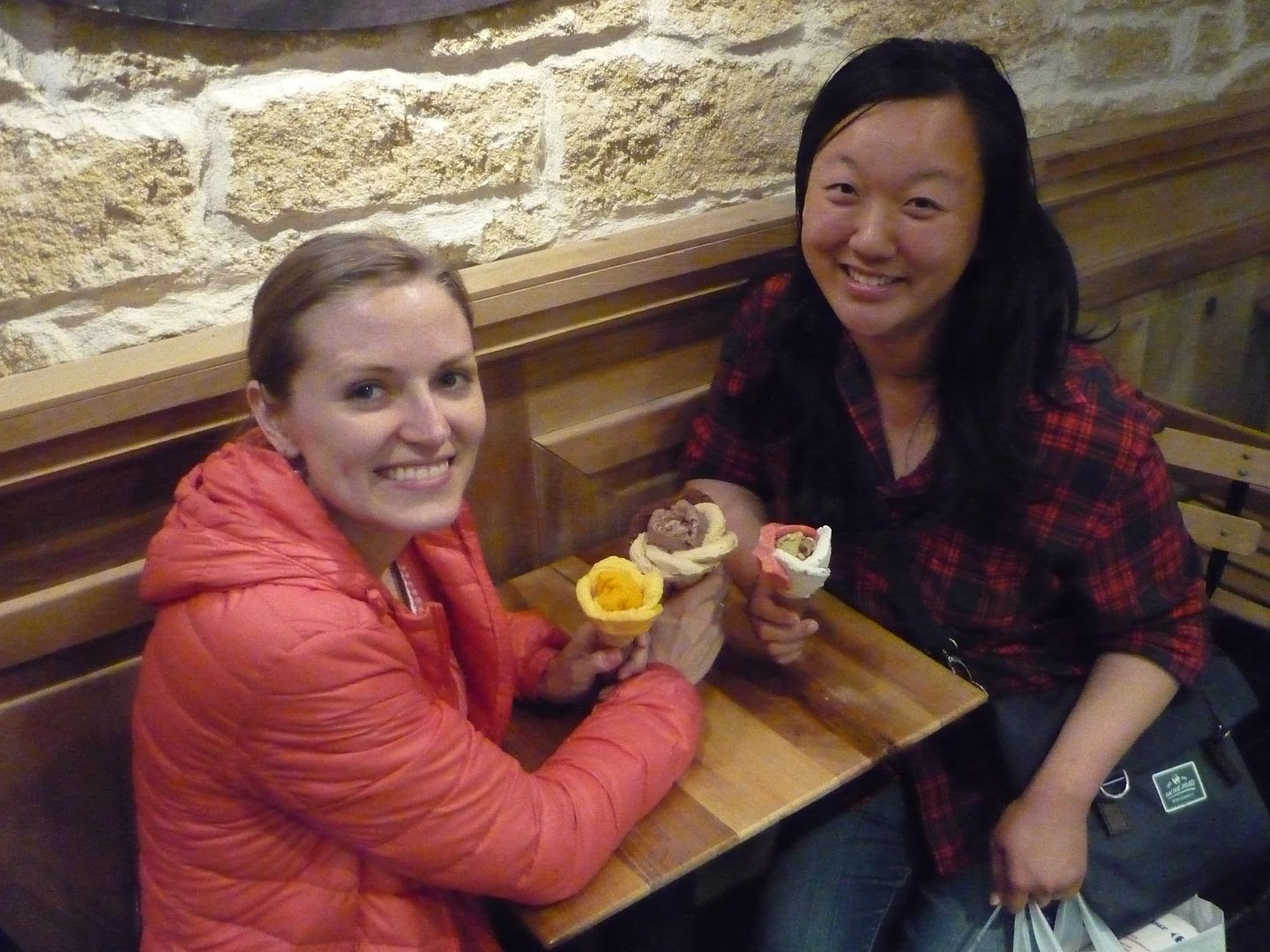 We were able to meet up with Michael's sister, who introduced us to pretty flower gelato at Amorino. 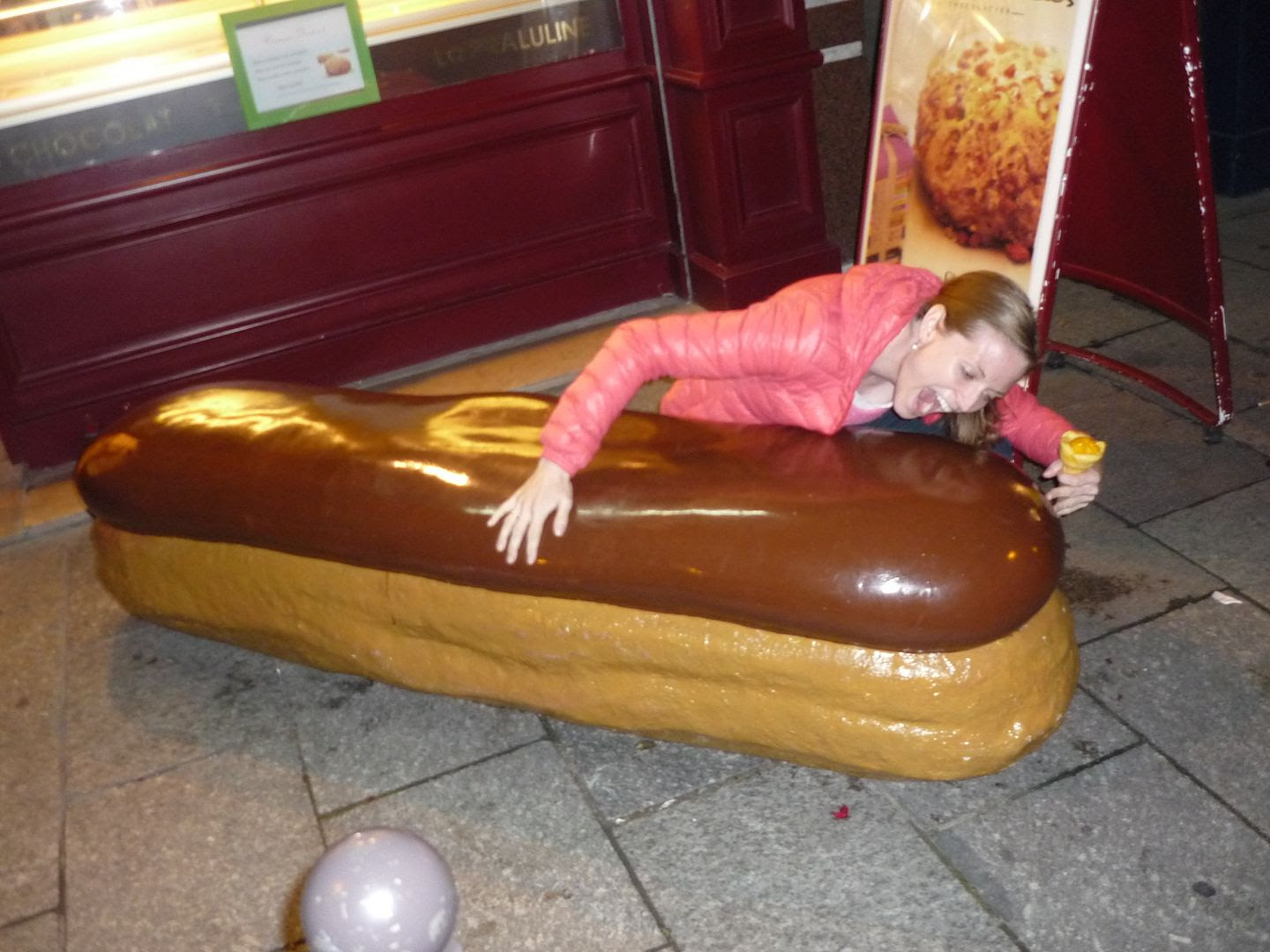 I found the biggest eclair I've ever seen. 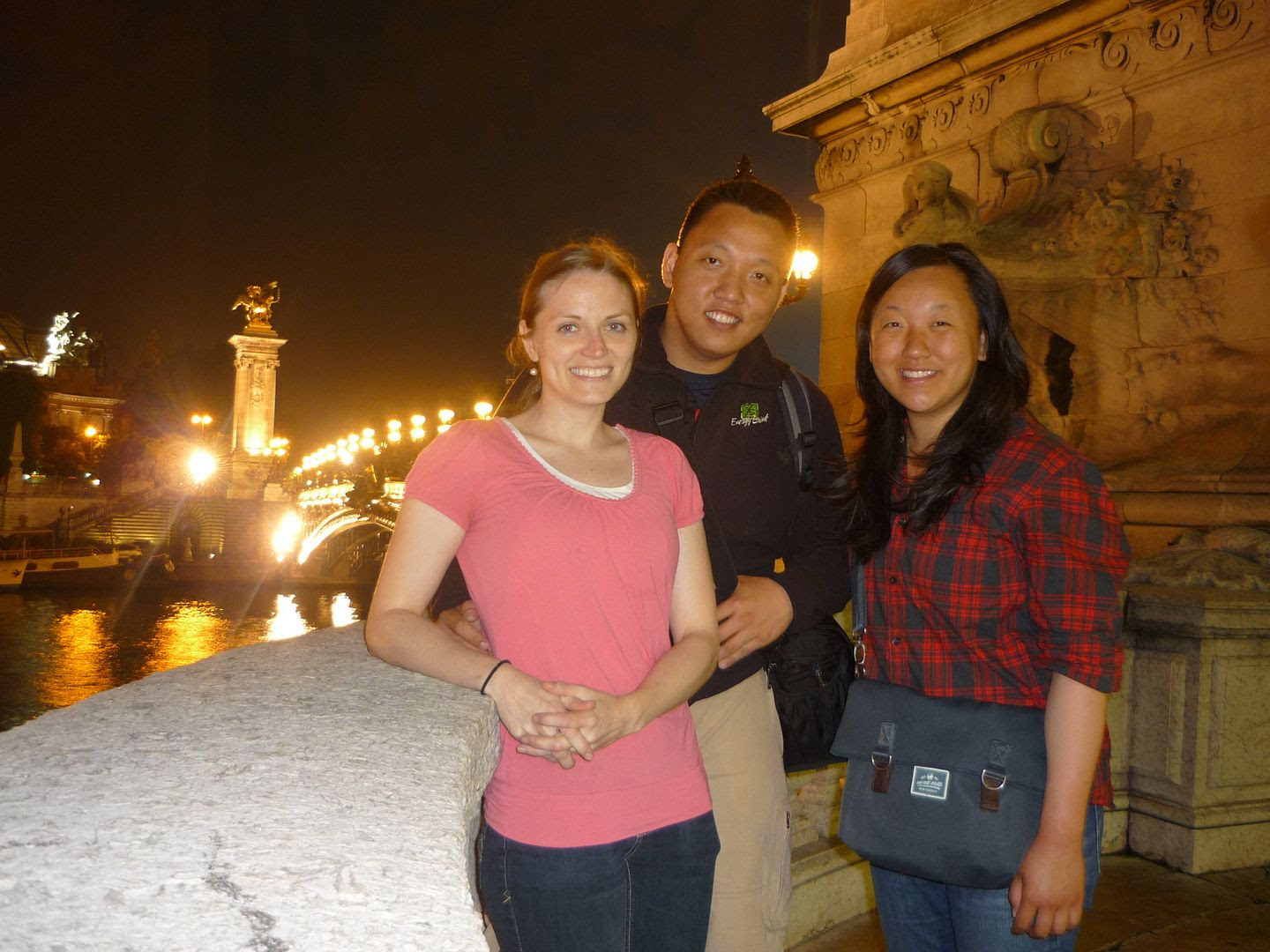 Claire showed us some fancy bridges and buildings. 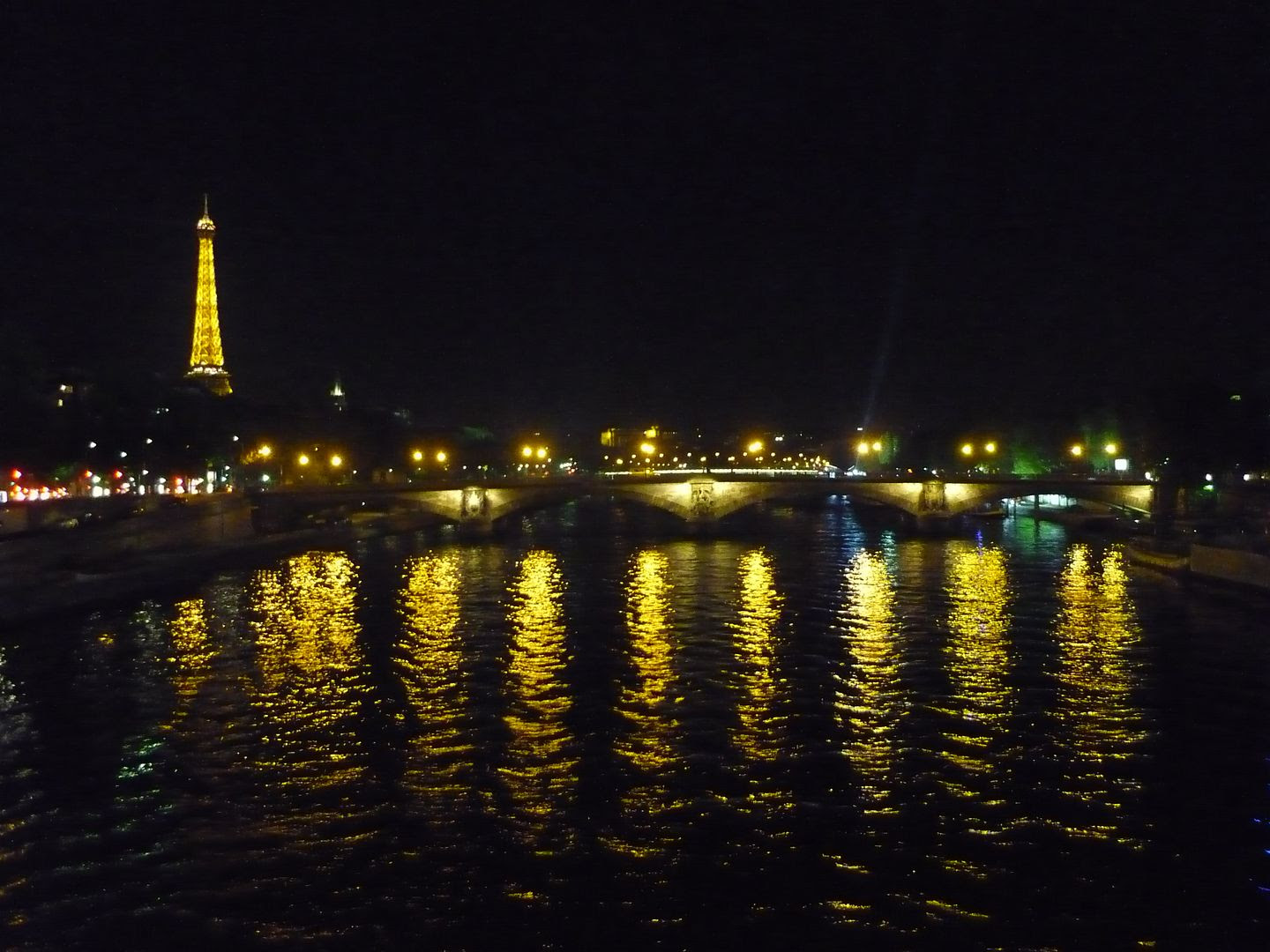 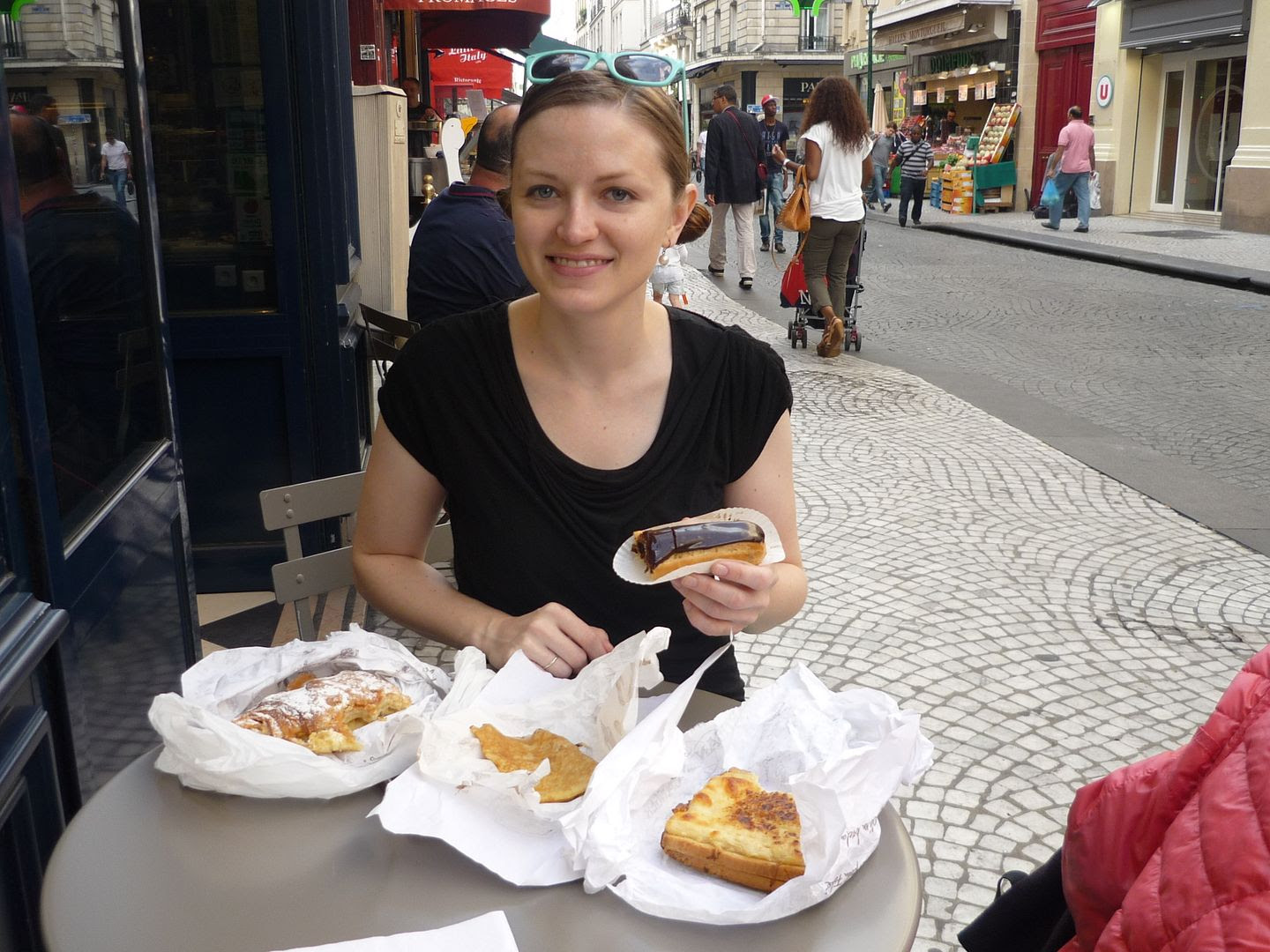 The next morning, we headed to Rue Montorgueil to enjoy one more sweet French breakfast. 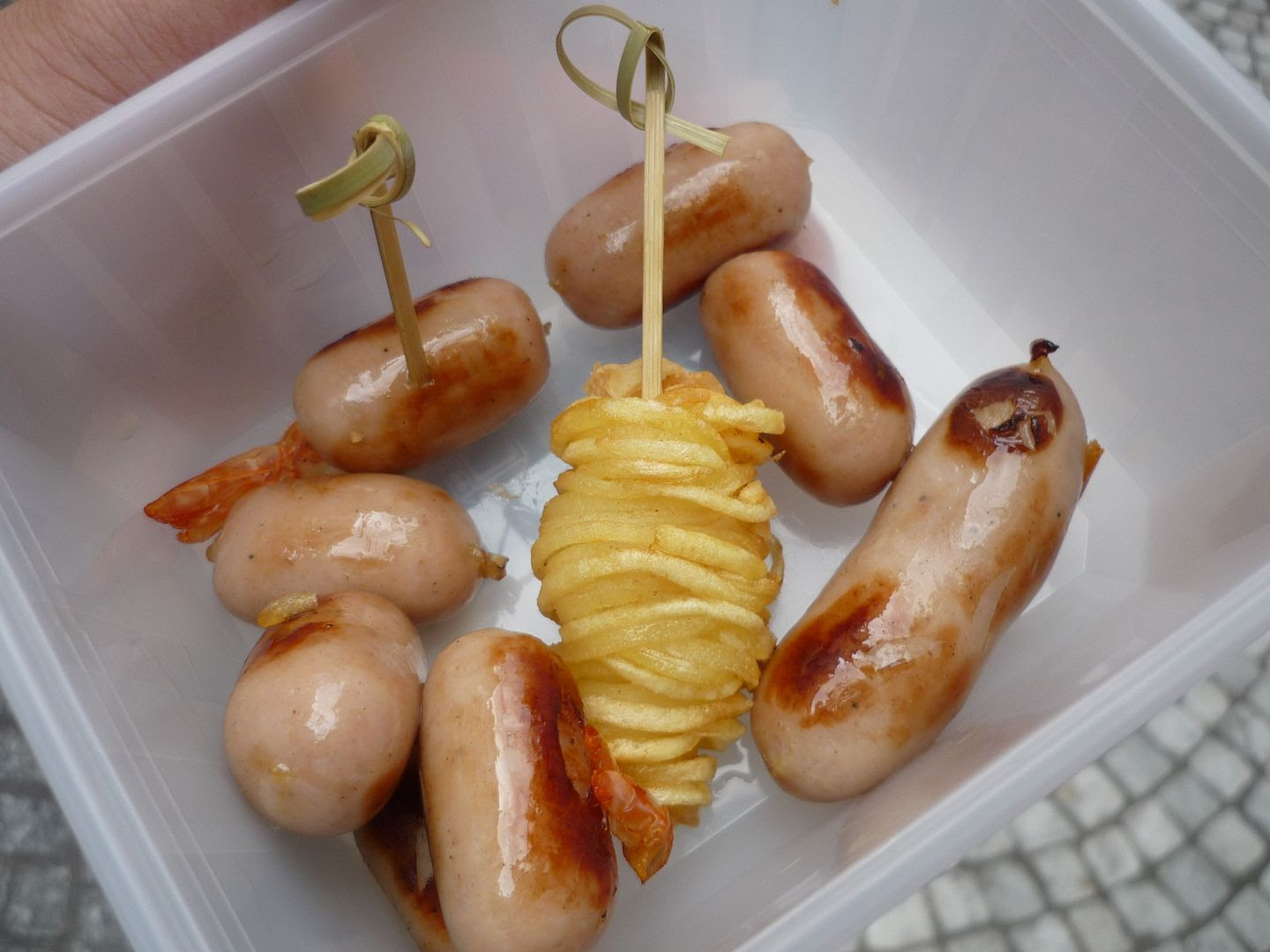 Michael wanted to try these things, which turned out to be super expensive. I hope they were good.

And then it was to the airport.