I'm not sure I've ever had so much catching up to do on this blog, ever. And, like Amy Lawson, I guess my blog posts will have to blossom when I should really be writing a master's thesis.

On the first night of the Leipzig YSA Easter Convention 2009, we had lip syncs. I even starred in one, complete with crimped hair. (Thanks for the idea, Ronda!) 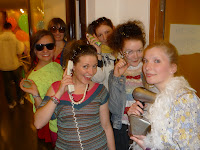 Enjoy the four recorded on my camera (the fourth is the best!):


And, last but not least, "Girls Just Wanna Have Fun" lip sync (starring me):


On the second day, we had group activities in the park. Luckily the weather was good. I was asked at the last minute to be in charge of an activity, namely bubble-blowing. Since it was too windy, it didn't work out too well, but I believe it was still fun. And I continually and sarcastically repeated the following the whole time I sat in my bubble field: "I've got a good idea. Let's leave Michelle in the middle of a field for five hours, where she can be surrounded by every imaginable thing she's allergic to." In short, I suffered the whole time. At least Kenneth brought me some more tissues. And at least I had sunscreen with me. Here are some pictures (I smiled despite the misery). 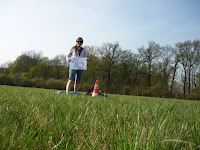 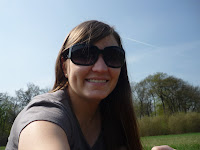 That night, we gave a tour of the city. I was excited to show off Leipzig and tell a bit about the history. 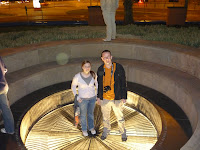 The following day, we went bowling. I won twice, though we weren't allowed to finish the second game. My score for the finished game was 109, I believe. Not Sica-worthy, and not my best game ever, but better than the others. :)

Then we had our ball, where I played two musical numbers. The guy announcing for us said I was going to recite a poem, so I had to laugh and tell the audience that the song was called "Poem" by Fibich. The other song was John Field's "Nocturne." Aaron played the most heart-wrenching "Serenade" from Schubert on his violin, and another boy from Stuttgart played a little something on the piano.

Why does the ball part of these YSA conventions always make me feel lonely? I ended up sitting at a table with couples, so that really added to the feeling. Once the dancing started, I had more fun, though there were a few I was disappointed about never dancing with. My allergies got a bit out of hand, though, and I was told I look like I'd been broken up with. 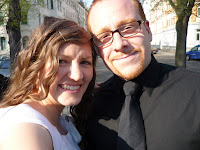 I was proud of my hair. I tried a new way to curl it I learned from Sister Ryser, where you never close the curling iron but hold the hair against the barrel and start at the top of the hair. 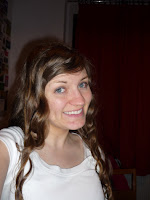 We even took a group photo. Can you find me?

Antje showed up on Easter Sunday. Yay! Everyone went for a walk, meaning I got dragged along as I repeatedly blew my nose, wiped my eyes, sprayed nasal spray, and put in eye drops. Everyone gathered chocolate bunnies while I eagerly waited to be inside a building again. 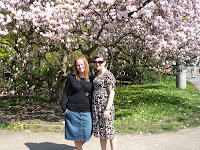 I accompanied the choir as they sang "Jesu, Joy of Man's Desiring," a lovely song. I kind of wanted more personal time after church to think about the Atonement, so I went home and ended up taking a nap. I was glad my mom called as I was walking back to the church for the 11 PM fireside.

Monday, we danced at breakfast, had a testimony meeting (wherein I accidentally said that I had no friends when I meant "boyfriend," don't ask me how that made it into my testimony), and cleaned up the wardhouse.

Then I went home to get as much done as possible before my trip to Turkey.