Our First Year in San Francisco

Our first year of marriage was spent together in San Francisco. It was lovely. 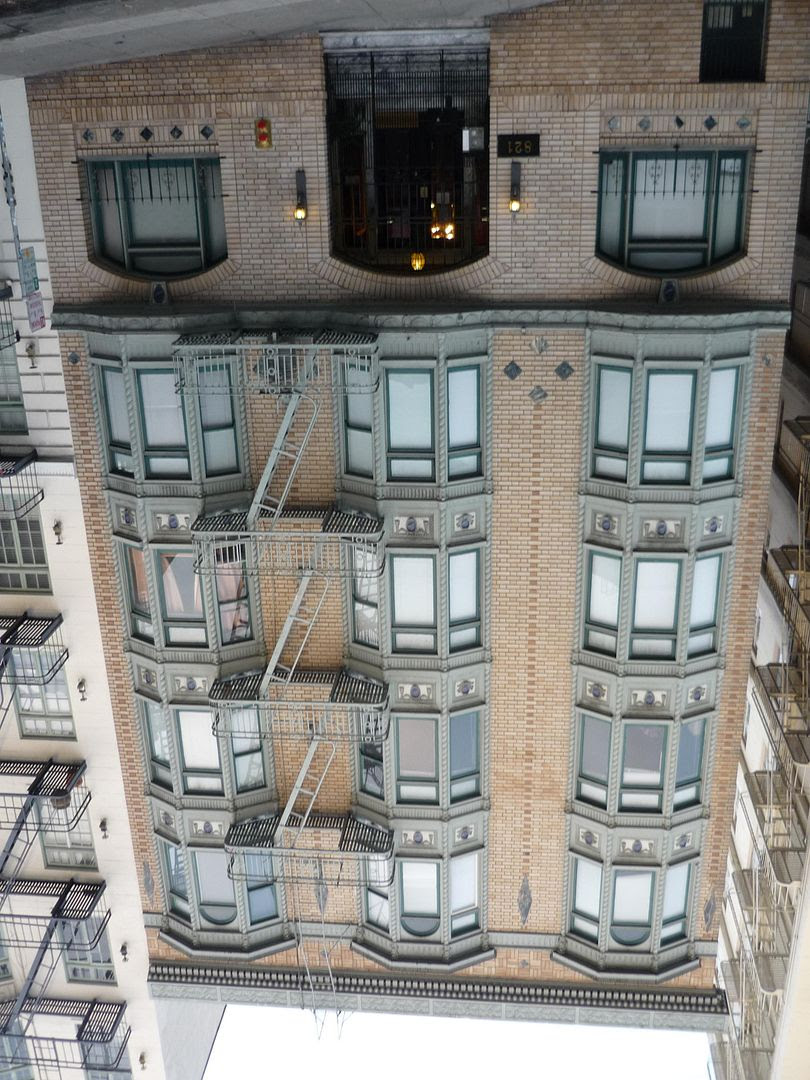 We managed a charming and very convenient apartment building at 821 Leavenworth that was built in San Francisco in 1916. It is in Lower Nob Hill, which is not to be confused with the Tenderloin or even the "Tender-Nob." This is what West Cliffe Apartments look like immediately after the street sweepers pass by (so there are no cars parked in front). I tried to see if I could get Friends of the Urban Forest and the landlord to put a tree in front, but I wasn't quite successful before we moved. 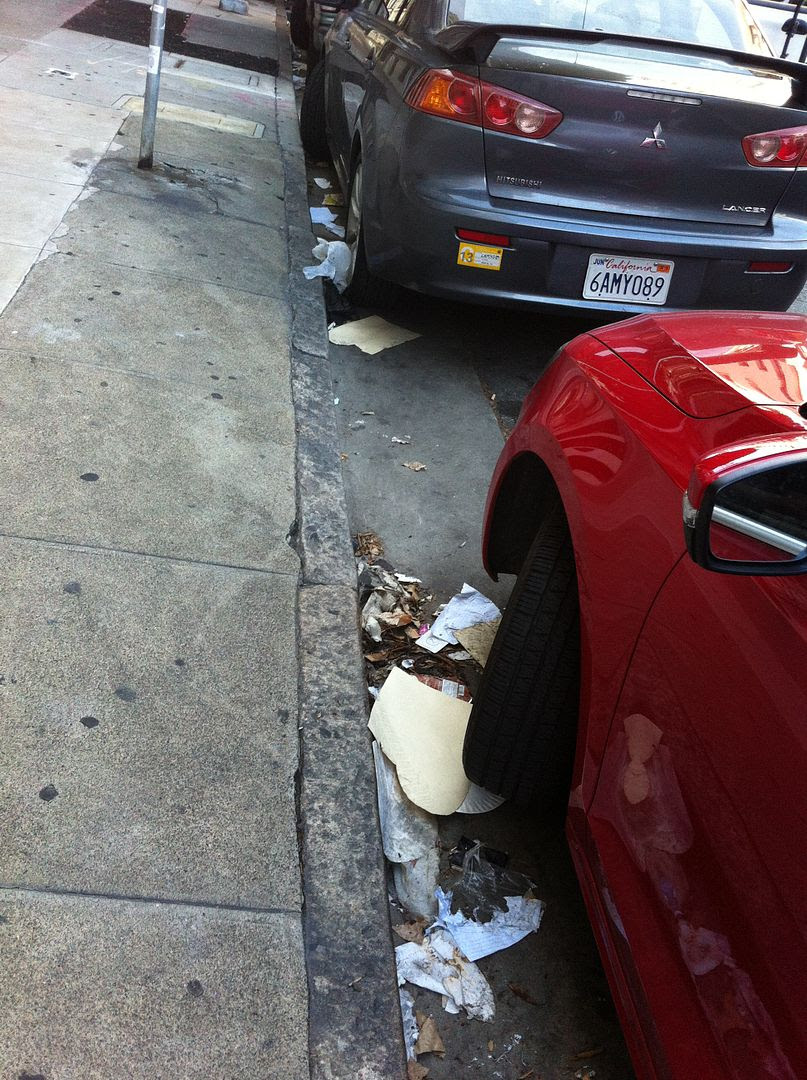 Despite so. much. weird city garbage and having to spray human excrement off of the sidewalk, I liked managing because I could use my love for the city and the building to make my surroundings better. In addition to normal duties, I re-painted the gate (and let me tell you, that lacquer stuff is hard to clean up), shone the beautiful wood in the lobby often, added plants to the entrance, and even undertook a huge garden project that deserves its own post. 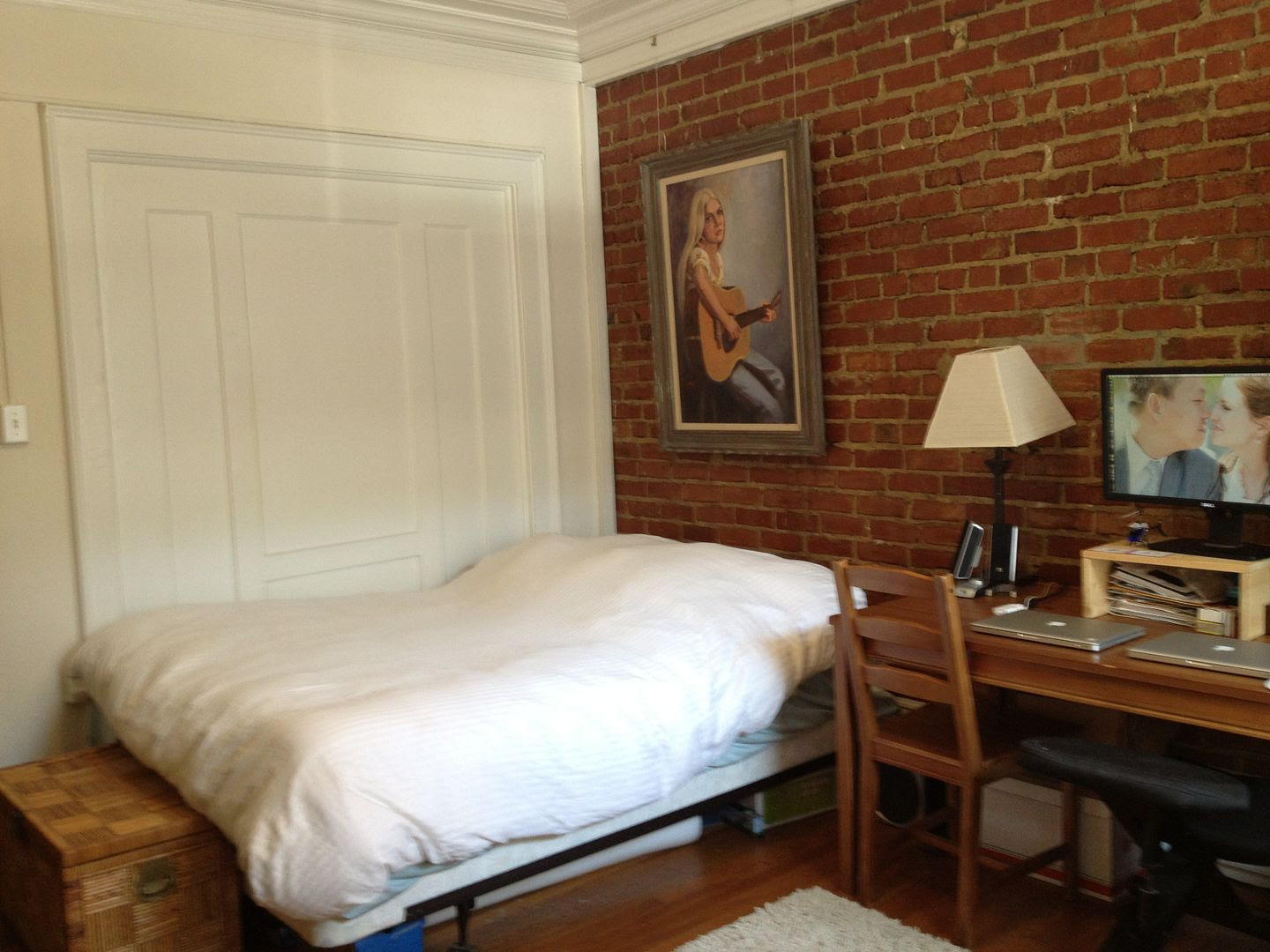 I ardently adored our studio with its wood floors, white paneling, and brick walls. When Michael's grandma first saw our apartment, she said, "The wall is broken!" and Claire explained to her that it is fashionable to show the brick these days. That painting is by my grandpa Clyde Smith, who was an art teacher at Olympus High School in Salt Lake City. I think I found the subject on Facebook, but I'm a little afraid that if I contact her, she'll want the painting . . . 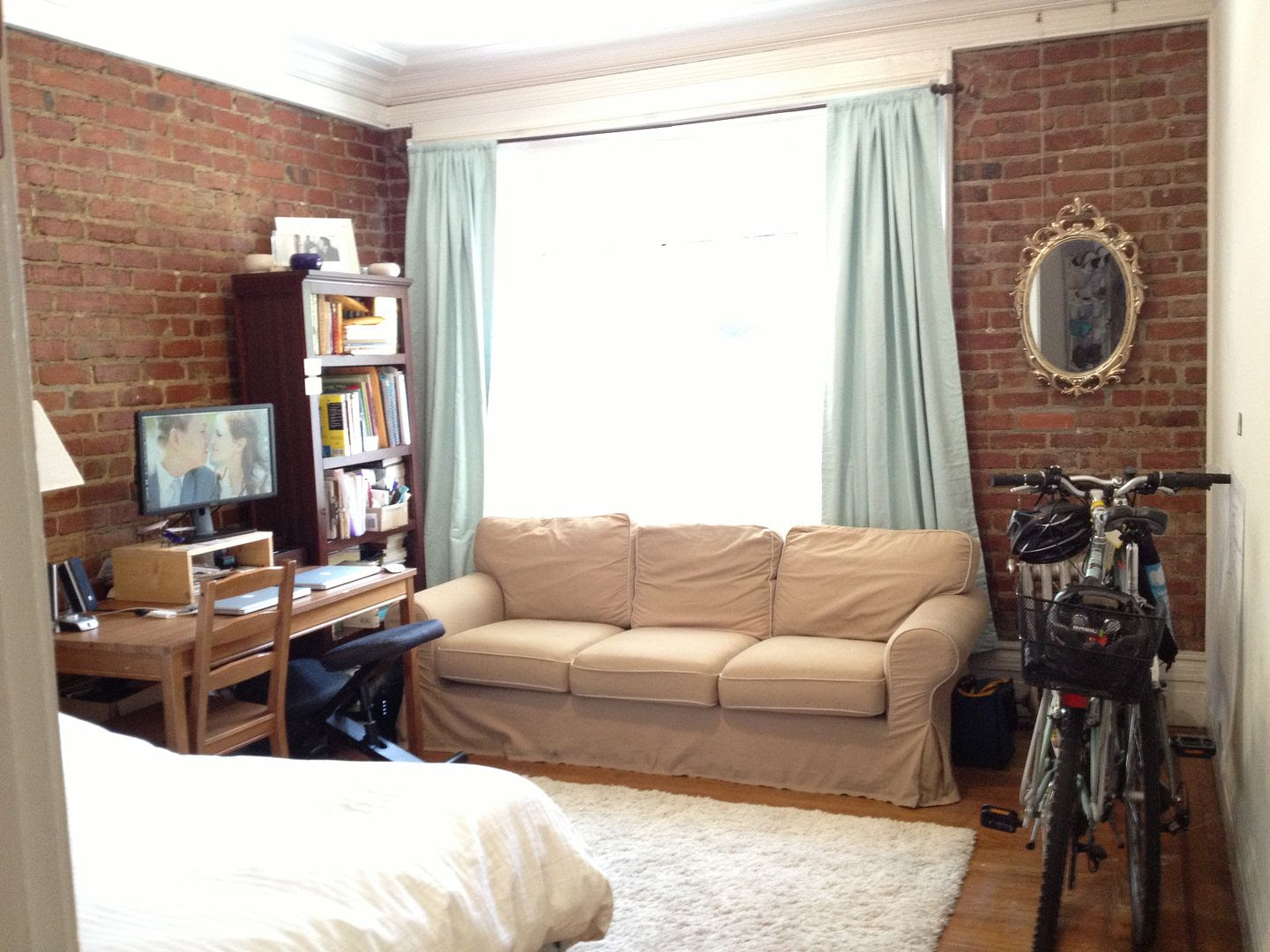 I was happy to find light blue suede sound-minimizing and light-blocking curtains that are actually intended for baby nurseries on sale, woohoo! The mirror is from Uncle Al's house and it made me happy to think of him and Aunt Bev every time I enjoyed how it looked on the wall. 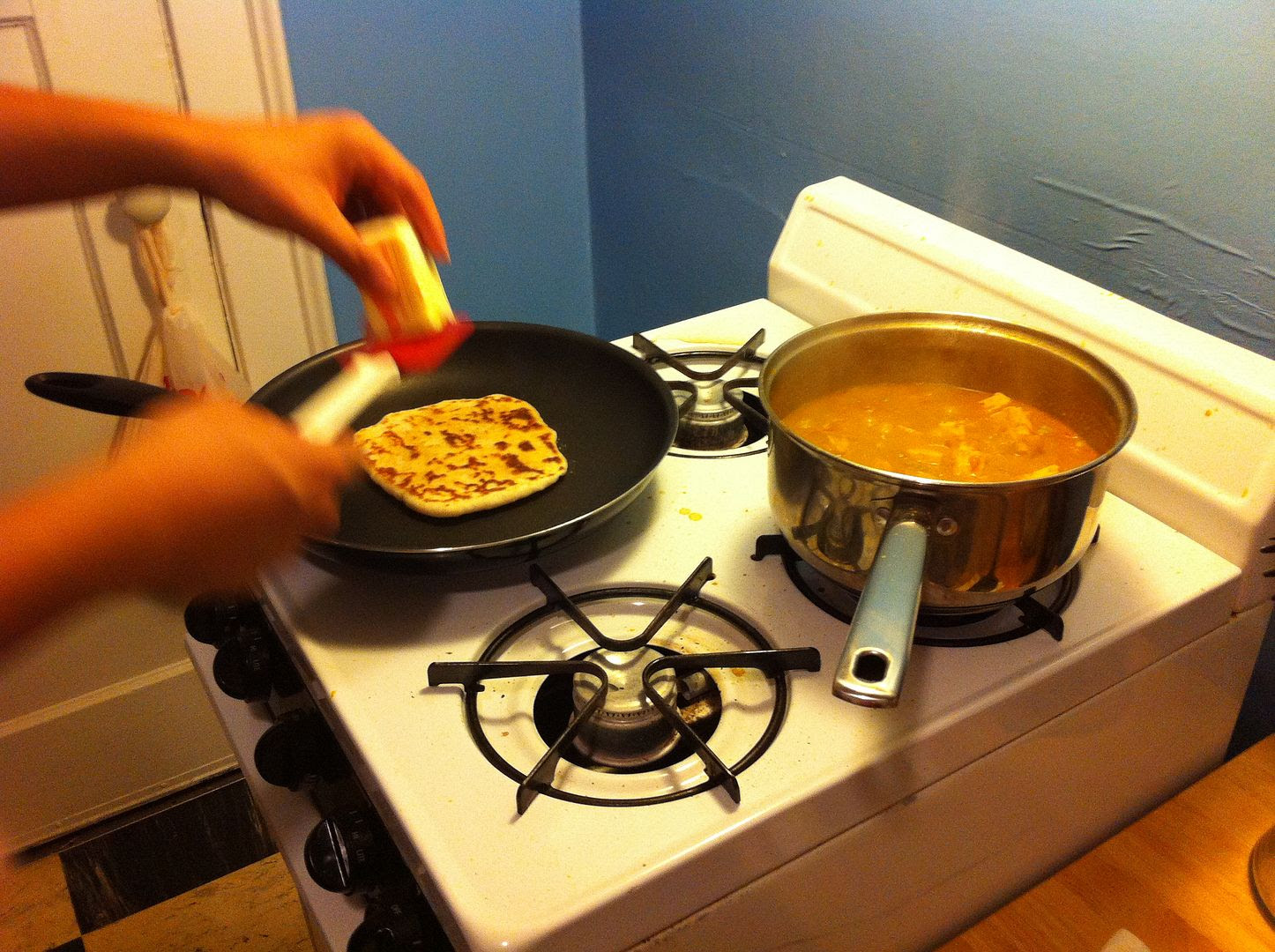 We made and ate so much good food—smoothies with kale (who knew I could drink veggies and not taste them?!), Indian curries and mutter paneer with naan, crepes, meals that looked like normal American meals until I realized that I'd completely forgotten about meat . . . 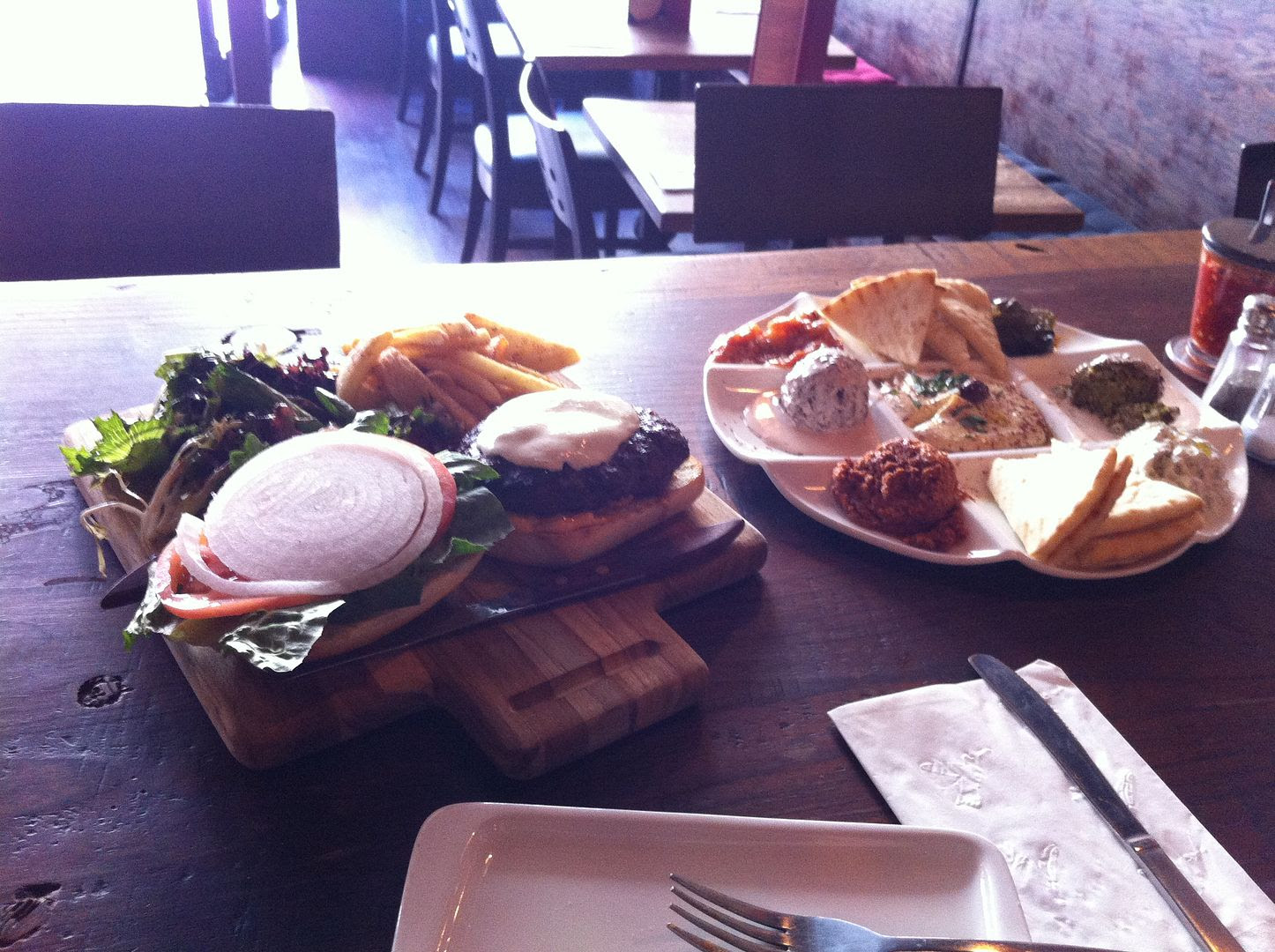 We took up having "burger Saturdays"—we'd go and split top-rated (and expensive) burgers in the city and see what we thought. 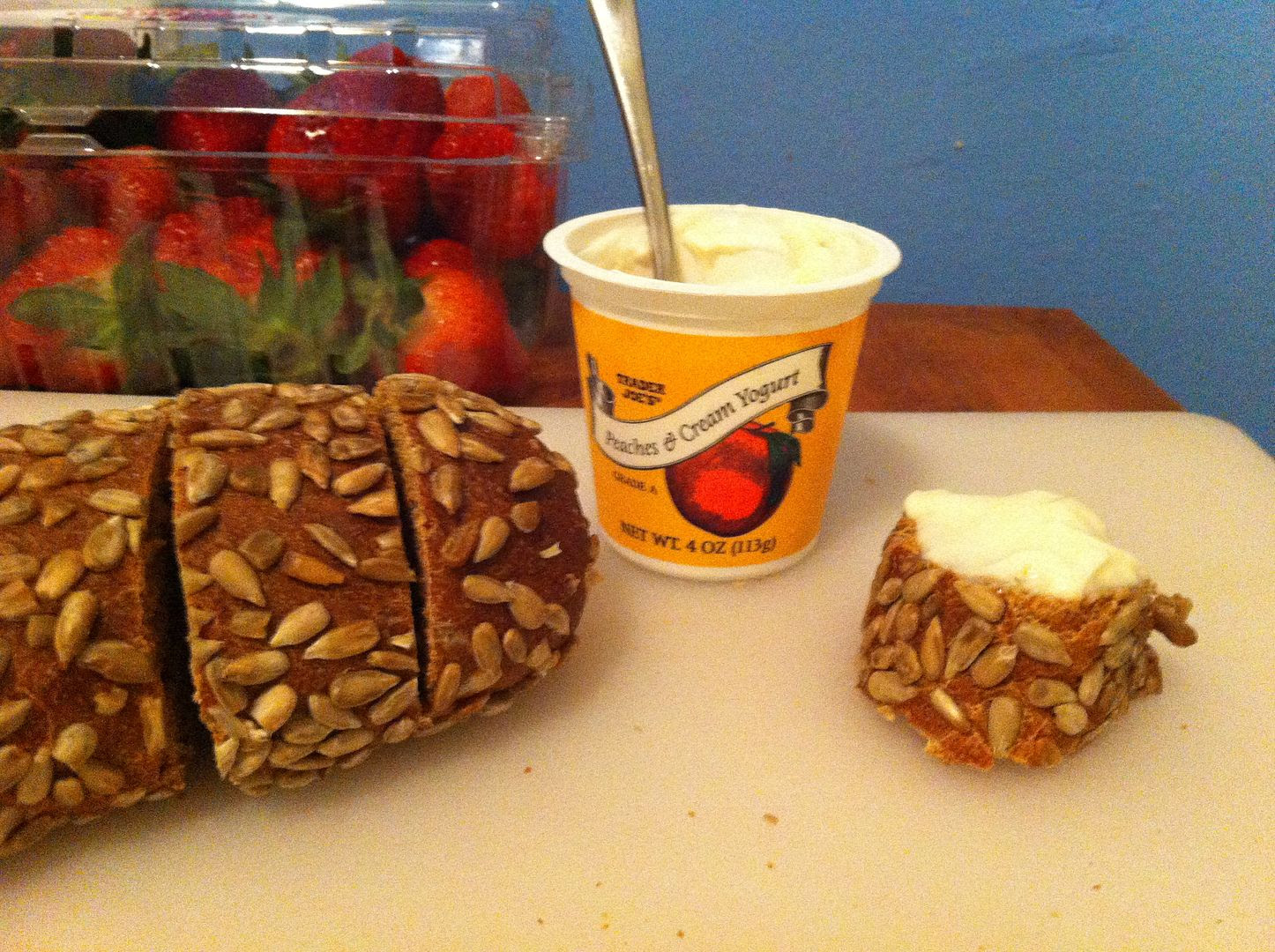 We loved being close to a new Trader Joe's and trying out special items there, like the mochi. This yogurt/sunflower seed bread combination made me homesick for Germany. 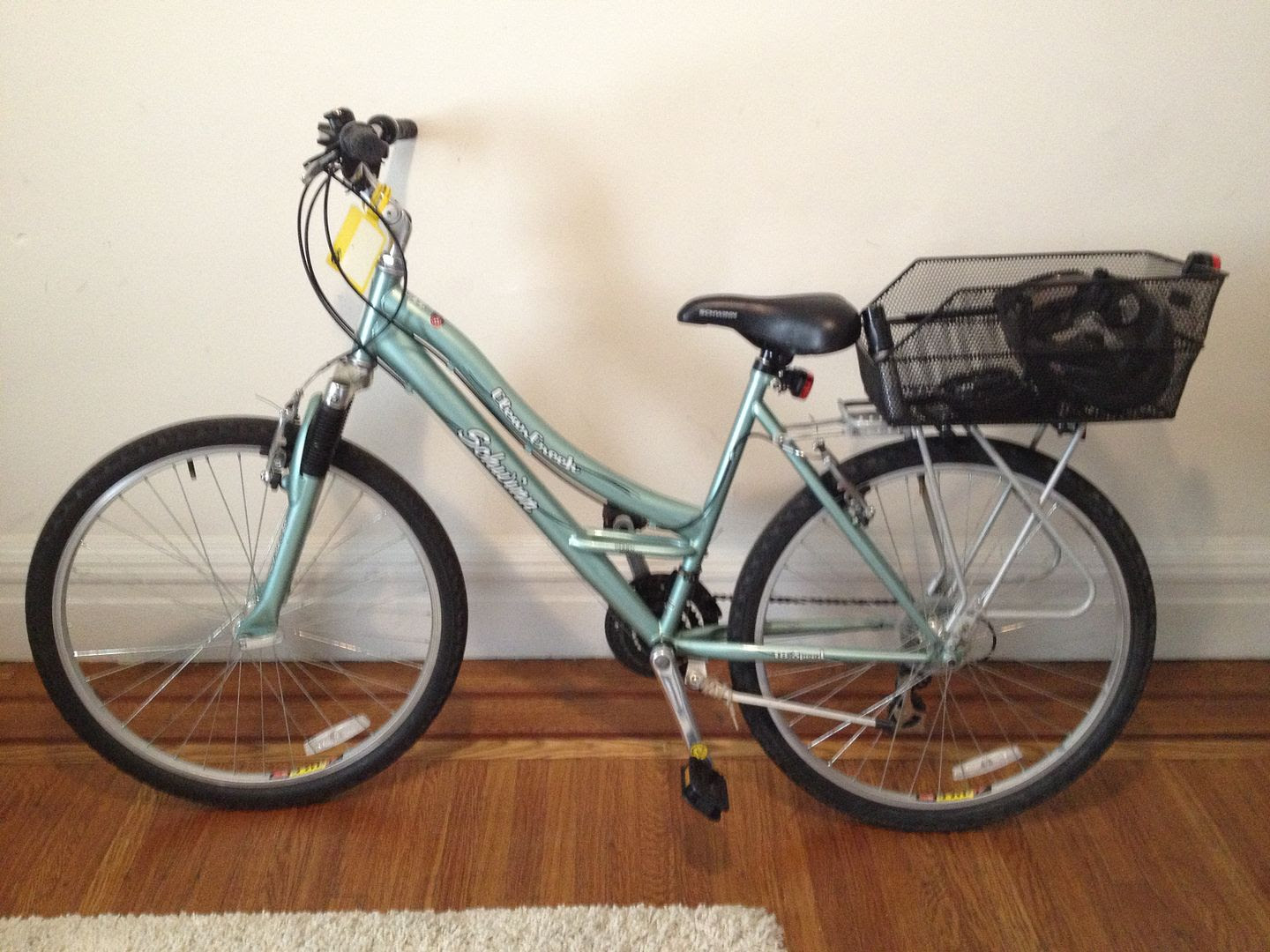 Even though my bike weighed a ton and a half, I loved riding it all around the city because I didn't have to wait for and feel frustrated with buses, and I would arrive wherever I was going feeling refreshed and energetic. I never made it all the way up to our apartment without walking for at least a block. You'd think I would have gotten used to that hill, but nope. 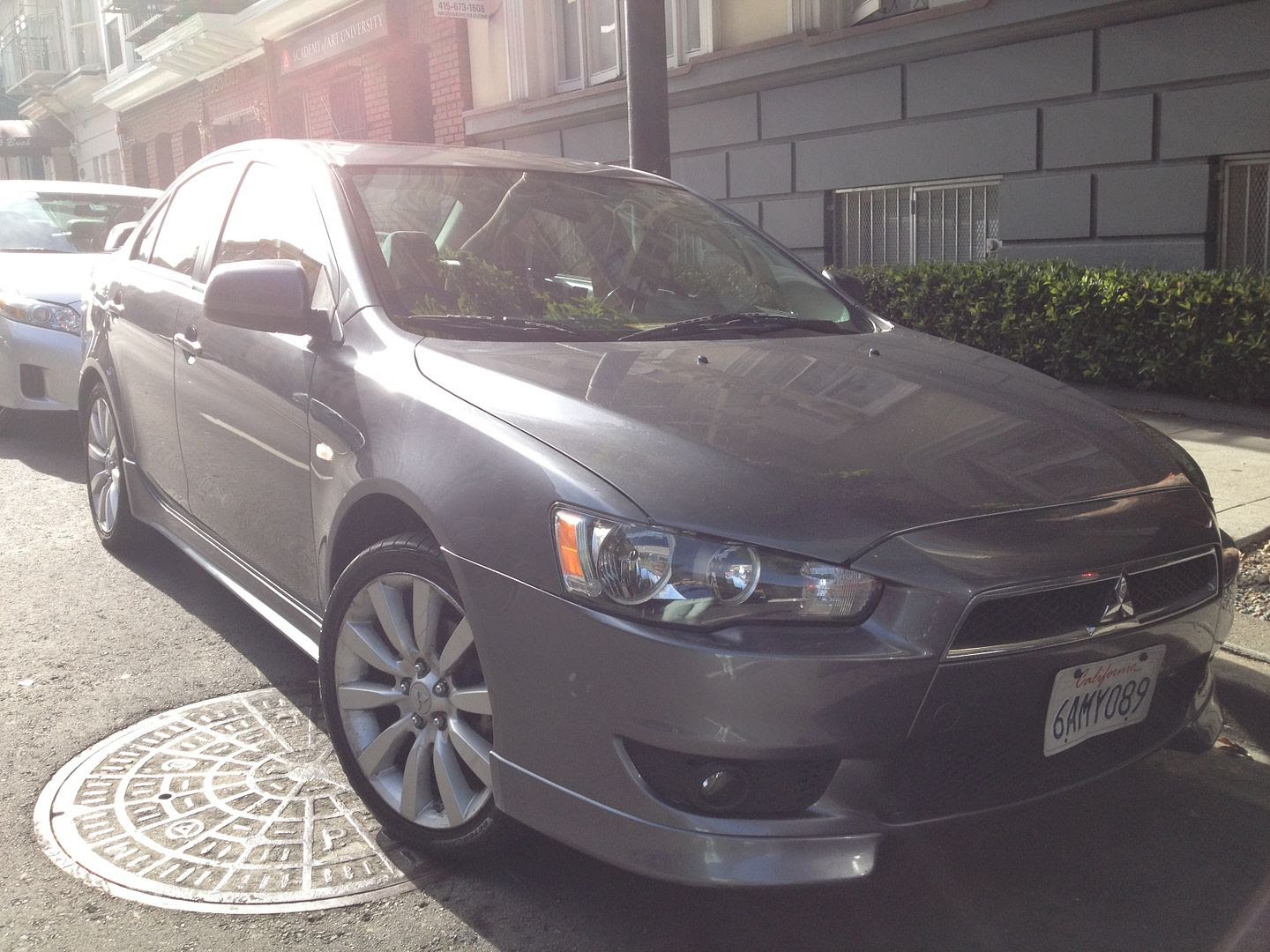 (Mostly) Michael spent a lot of time and money dealing with San Francisco parking (and of course his car was broken into once). One time I picked up his car from the shop because I thought it would be a nice surprise for him when he got back from work, but then I ended up looking for parking in the permitted parking area for two hours. My knee and wrist were sore from shifting and pushing in the clutch and I was quite riled up after that. 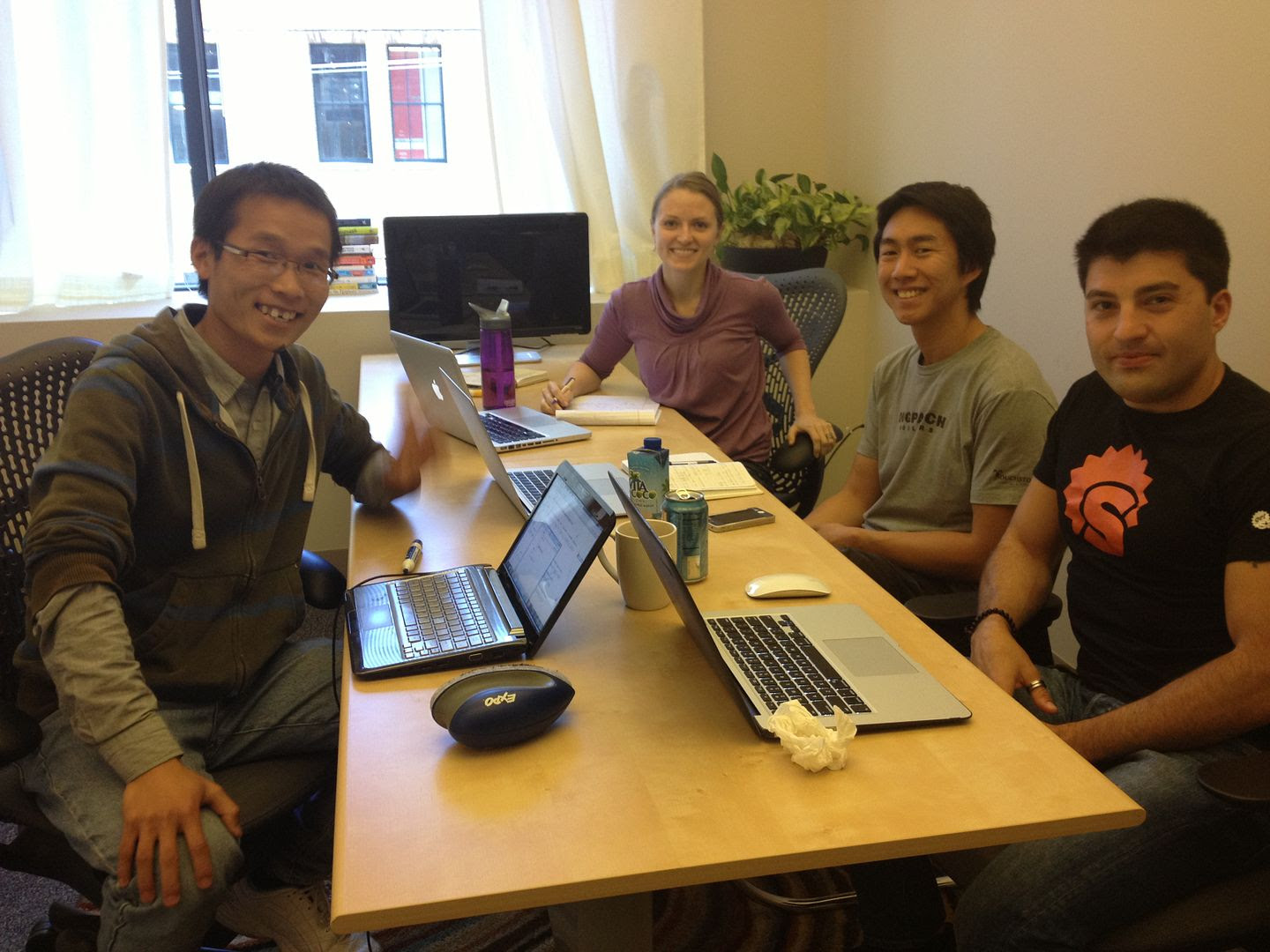 Some work friends also wanted to learn some Mandarin, so we hired a teacher (Abraham) to come to our office once a week and teach us. 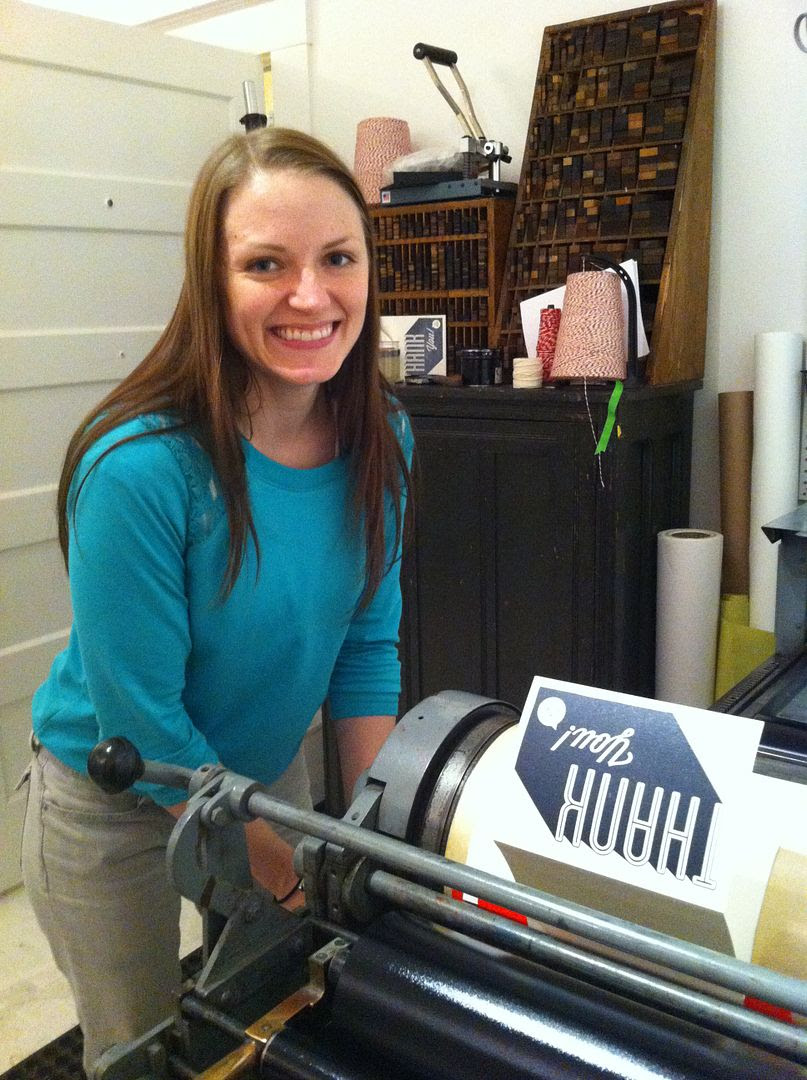 I got to visit the art studio of a design blogger and make some cards. Cool. 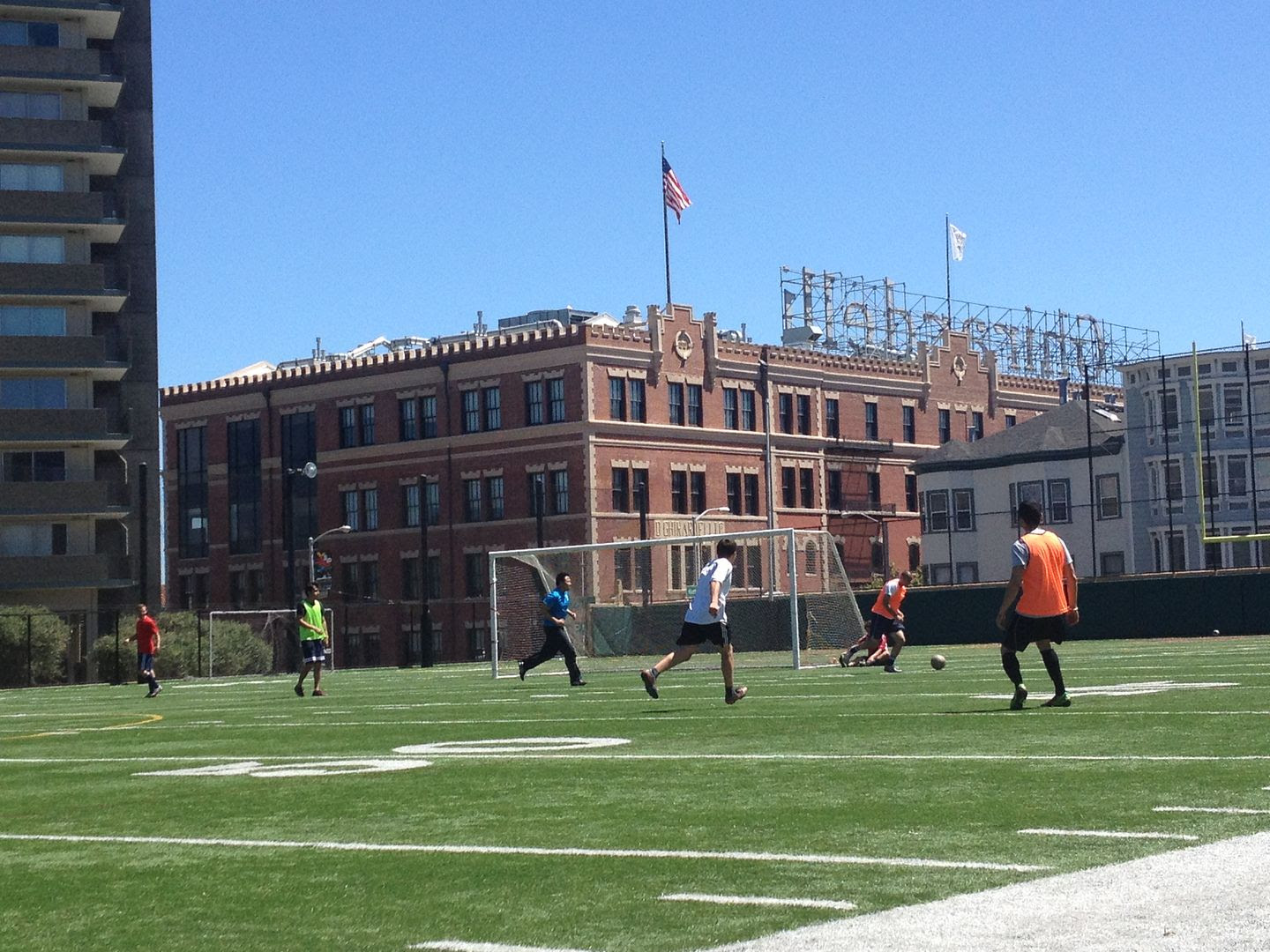 We went to a lot of meetups—mostly tech-related ones where Michael was really good at networking for me. :) There are meetups for everything in San Francisco. 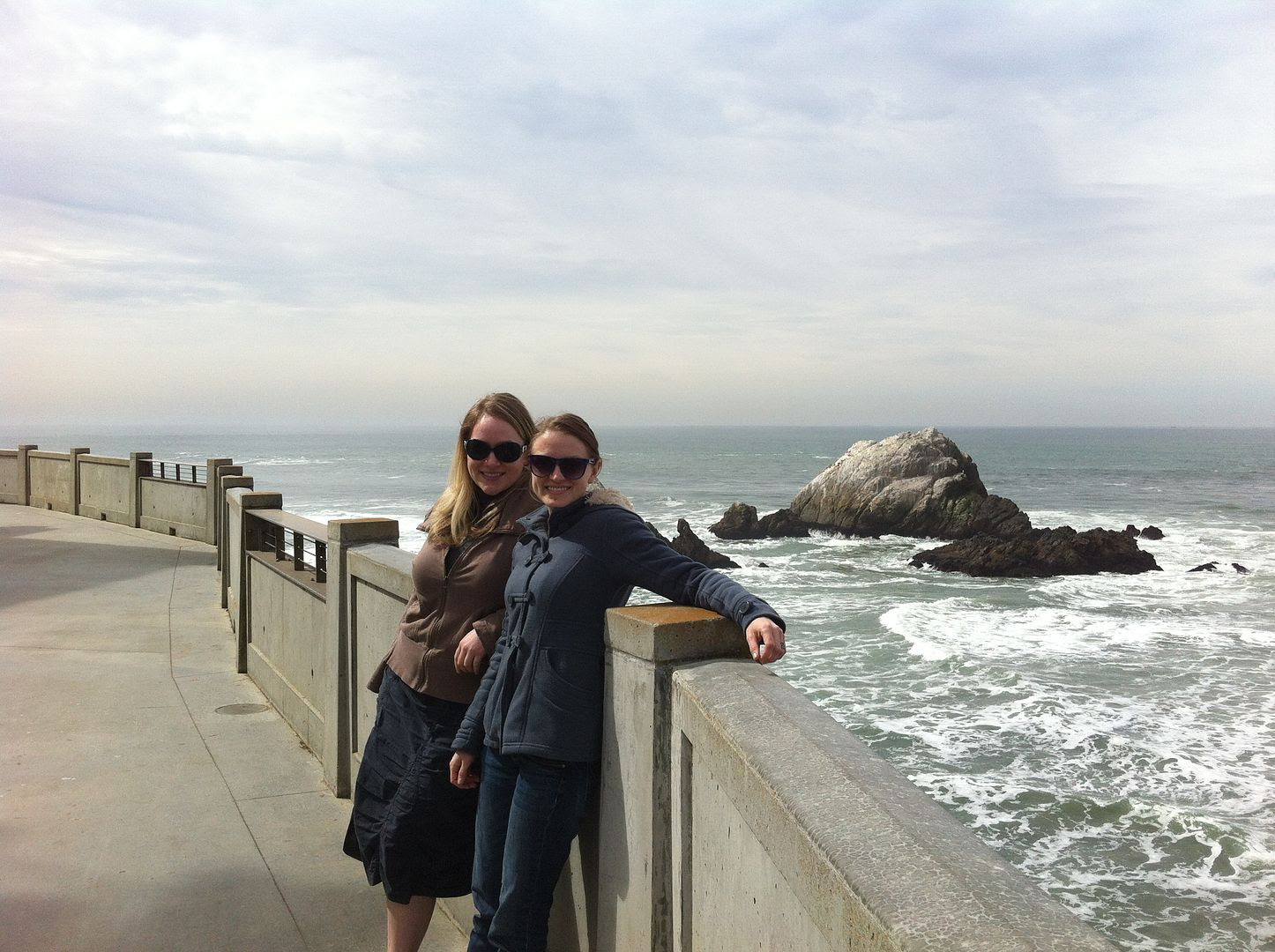 Love: nearby hikes and beautiful, blustery beaches with friends after Saturday morning popovers. 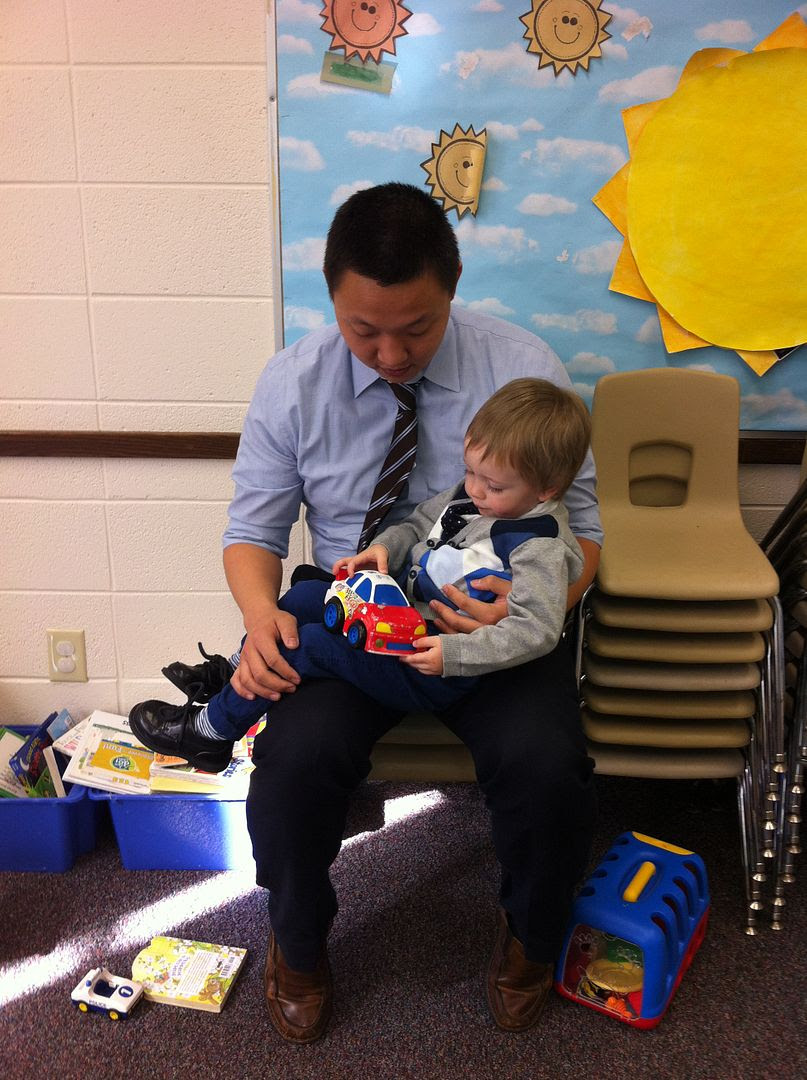 We were assigned to take care of the two-going-on-three-year-old kids at church. Michael was a big hit. I . . .  mostly kept them from killing each other and cleaned up messes. 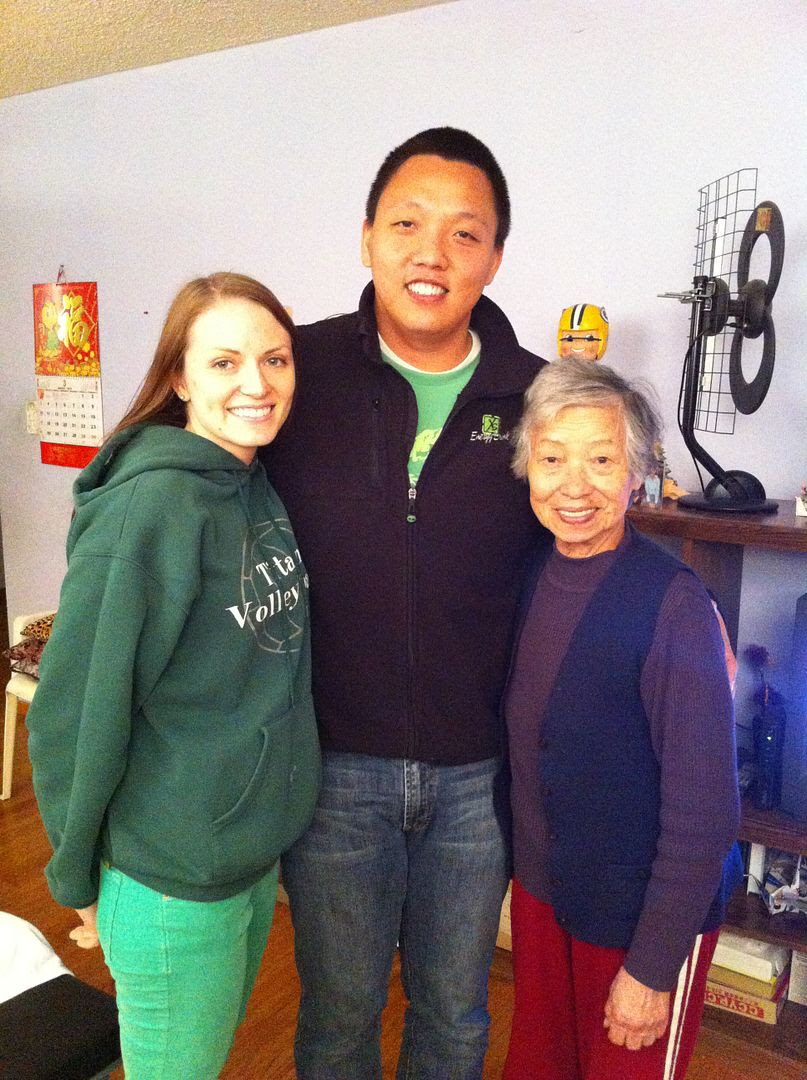 I kept Michael's hair trimmed with some clippers, see? It was great being close enough to visit family . . . 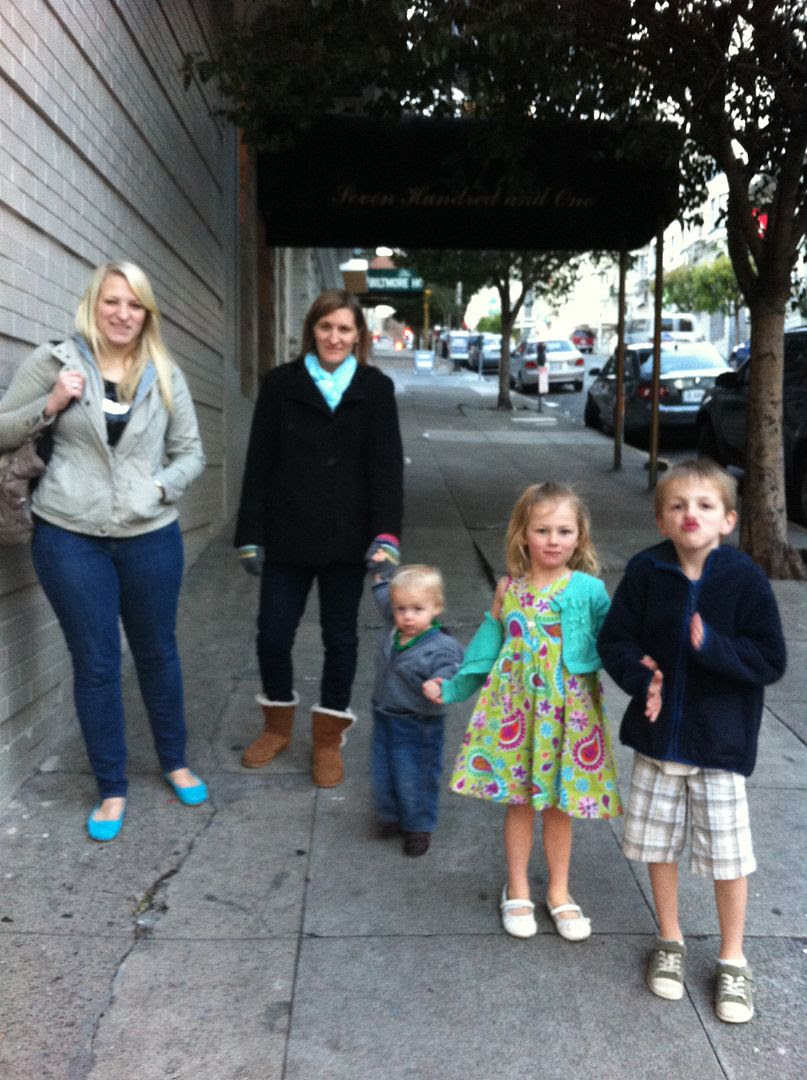 and close enough to have family visit us.


See? Lovely. And that's why I'm excited to go back soon.