My First Hackathon: ESPNW at Stanford

I finally went to a hackathon. I didn't really want to go to any that were all weekend, because then when would I rest? So when I found out that the ESPNW hackathon was only Friday night and Saturday, I used my connections from Hackbright to get in (thanks, David).

Once people started talking about ideas for making apps for women in sports using the APIs that could win prizes, I had an idea. Why not an online school like Codecademy, but for women who want to learn how to play different sports from home, using video tutorials made by women athletes? I pitched my idea, and then made a rookie mistake: I assumed others would come to me, but it turns out I should have been recruiting. After doing networking with cool people from sponsoring companies, I realized that everyone had their teams and I didn't have anyone. Luckily, there was a nice guy standing nearby who said he liked my app idea and wanted to be on my team. He uses a really cool keyboard that you hold in your hand like a controller, which drew a lot of questions, but probably not as many as the woman from Google who wears a Google Glass.

That night, two things stressed me out: one, I somehow didn't notice that the cable to my new ergonomic keyboard was hanging out of the car, and it got destroyed by the freeway (BAD news for my crazy wrists). :( The other thing was the fact that I had quite a time even finding videos made by women teaching women how to play sports and went to bed really late. Most of the videos that showed up with any search were horrible--things like "hot girls playing soccer" and "drunk girls in bikinis try to play volleyball" were among the top hits. At least I realized that there really is a need for a place for clean and useful videos.

The next morning, Sebastian ended up working with the YouTube and Twitter APIs on the backend as I tried to do the frontend. Here we are, hard at work (I'm wearing the red jacket). 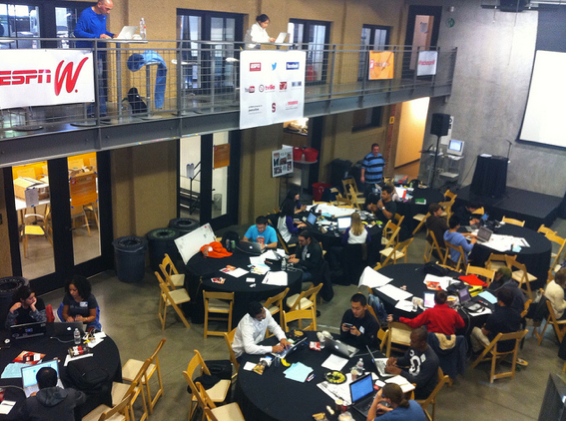 After several hours of being frustrated, I found that two ESPN employees (thanks, Dheerja and Derrick) were especially adept at HTML, CSS, and Bootstrap, as well as willing to help. Apps were supposed to be done at 6. My part was done by 5:40, which left poor Sebastian only a few minutes to hook up both ends. Somehow, we got picked to be #3 to present to the judges, and up until about 30 seconds before we went up, we were still trying to make my pretty stylesheet show up. Here we are, plugging in his Toughbook on the stage so we could present: 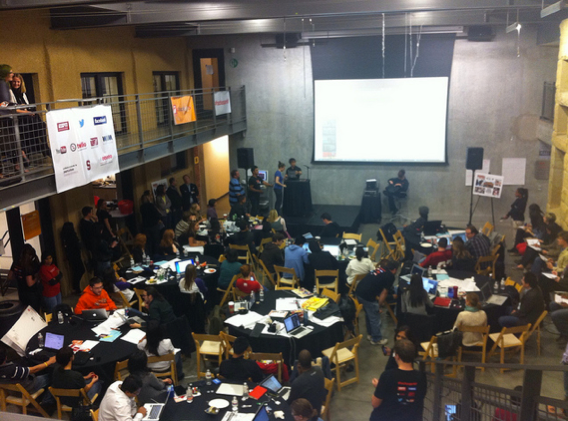 I was so happy when we were done (after only half of the maximum 3 minutes). I didn't listen too closely to most presentations after that because I was eating dinner and icing my wrists.

But a group that included three Hackbrighters caught my attention--they had chosen a similar idea that was more specific to learning to do weightlifting, and though they only had one functionality compared to our several (they had videos compared to our 1. YouTube playlists that can be transferred to your own YouTube account, 2. video submission, and 3. connecting with other learners as well as professional female athletes using Twitter), the other member of their team was amazing with Photoshop Design. Her front page made everyone ooh and aah. It was Nike-worthy, see? 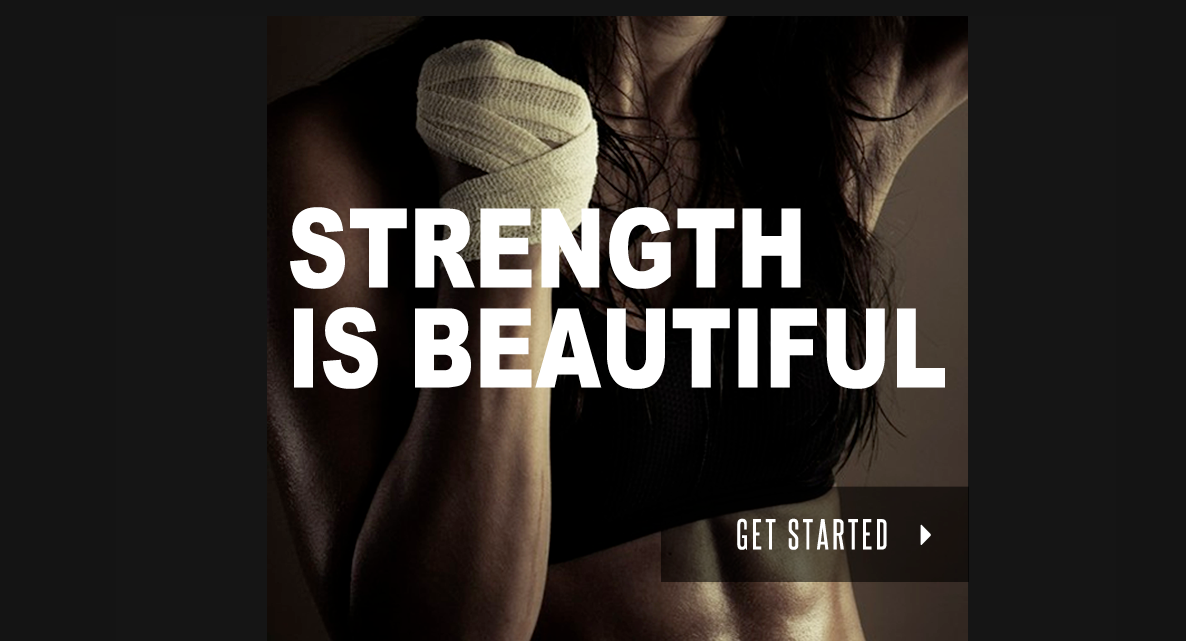 I can't compete with that. Doesn't it look awesome?! It was so awesome to see that Hackbrighters (both from the first session and the current session) could really hack it as developers--pun intended.

Here are two Hackbrighter projects (that may or may not still be up by the time you read this):

I was glad because I thought every page of ours turned out okay (the last one, less so) and I had learned a lot. See? 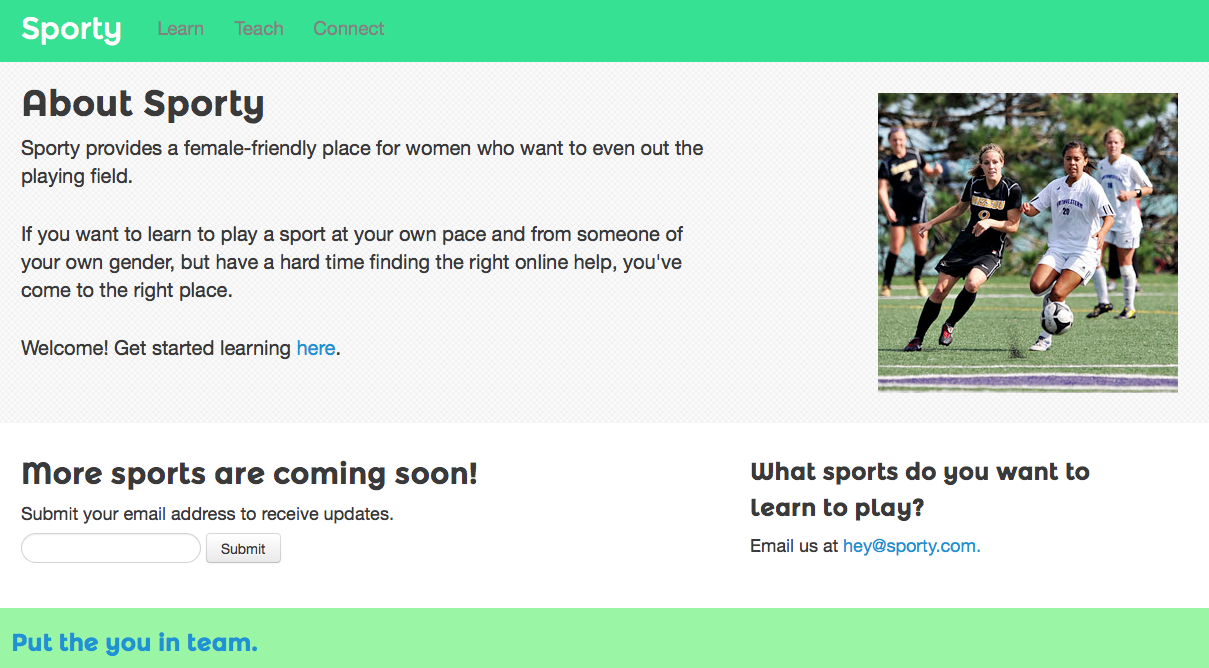 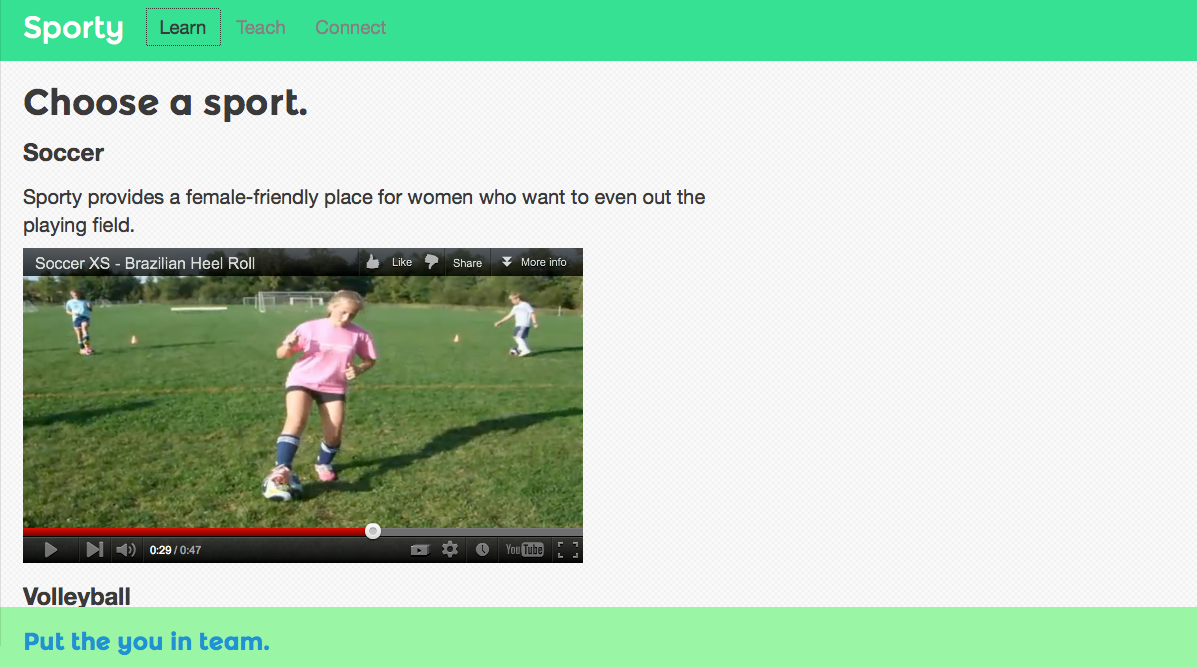 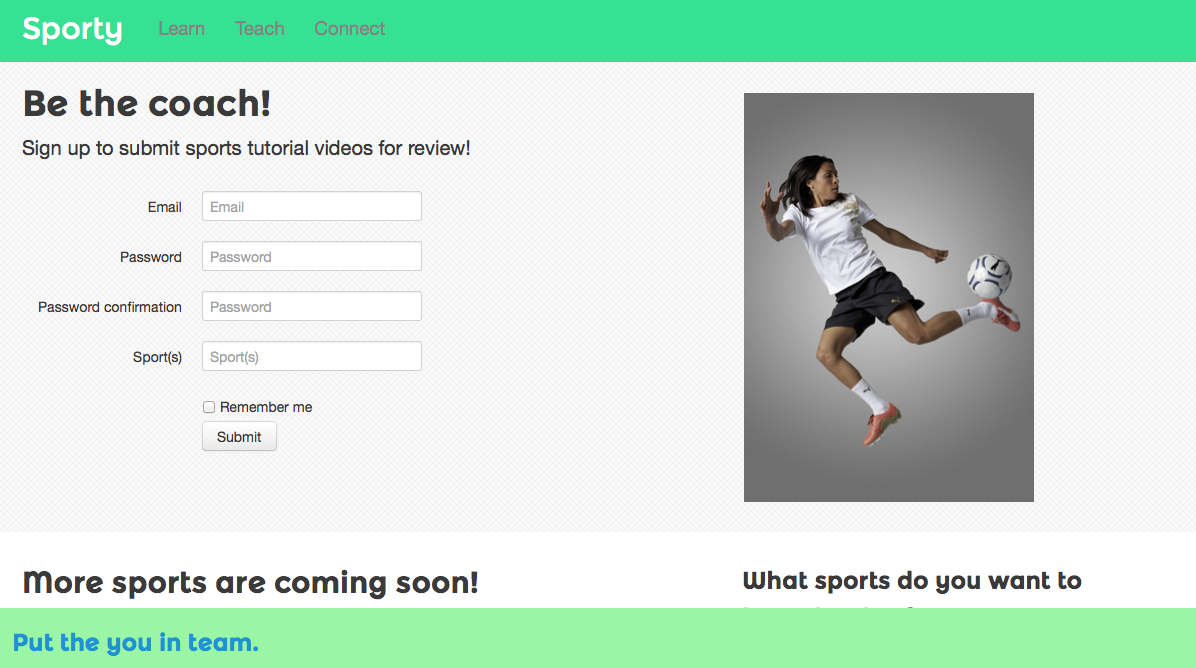 Connect page (no time to fix the formatting): 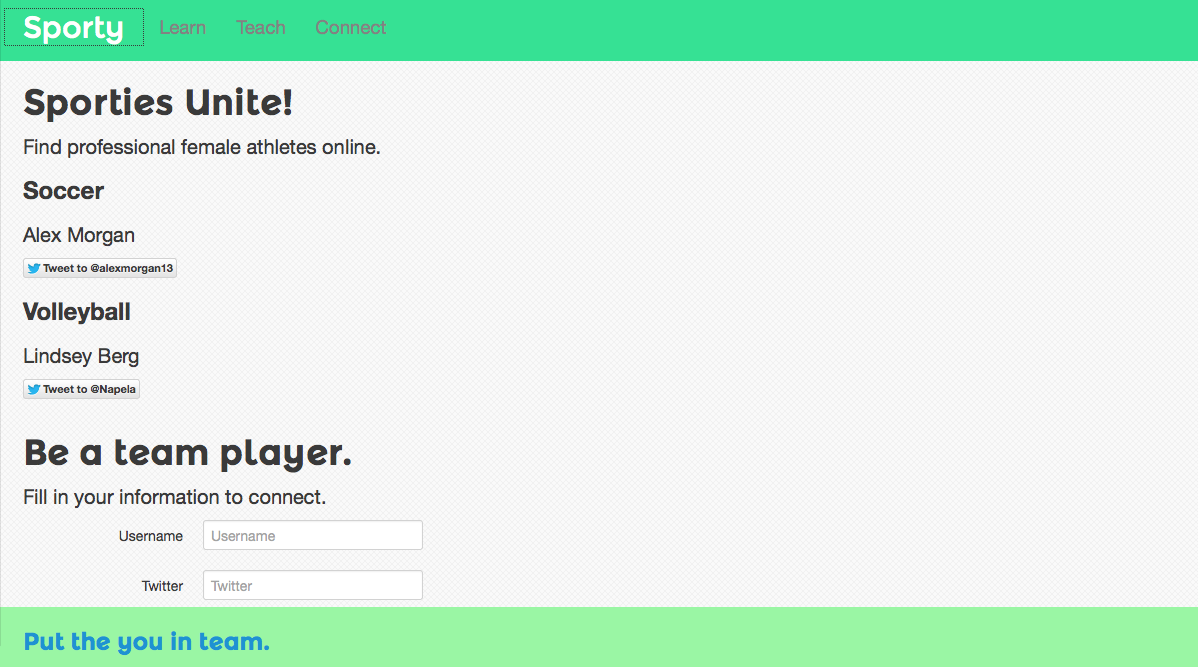 And I really like our name. We didn't win anything, but I did snag a few new t-shirts, some Facebook silly putty, some good professional connections, more experience with CSS, and a giant post-it note pad. Also, when I got home, Michael greeted me with the first cake he'd ever baked--quite a delicious one, in my opinion--to celebrate that I was no longer a "hacka-virgin." Ha. :)

Now back to working on my own project at Hackbright!